Amnesty International has been documenting and campaigning around serious human rights violations in Iran including detention of human rights defenders and other prisoners of conscience, unfair trials, torture and mistreatment in detention, deaths in custody and the application of the death penalty. Iran executes more people than any country in the world, other than China. Ethnic, religious and linguistic minority communities face persistent persecution. The Iranian authorities also suppress freedom of expression of a range of civil society actors including attorneys, scientists, environmental activists, artists, women’s rights activists, trade unionists, journalists and bloggers and those expressing their opinions on social media. There has been a worrying trend of imposing extreme sentences against prisoners of conscience such as human rights attorneys Nasrin Sotoudeh who has been sentenced to a total of 38 years in prison plus 148 lashes and Amirsalar Davoudi, who has been sentenced to 30 years in prison and 111 lashes for his human rights work, including publicizing violations through a channel he set up on the Telegram mobile messaging app and giving media interviews.

Hundreds of others are in detention; many of those serving prison terms have been convicted in unfair trials before Revolutionary Courts on vague charges including “propaganda against the state” or “endangering the security of the state.” Iranian authorities have used these vague charges to suppress the right of its citizens to peaceful expression and association. The Iranian government has also endeavored to prevent Iranians from accessing information by blocking internet sites and even harassing the family members of journalists for BBC Persian and VOA Persian, which continue to broadcast news into Iran.

Many people have reported having been tortured in order to force them to make public confessions that can be used against them in legal proceedings. Furthermore, Iran executes more people than any other country in the world except for China. Iran is also one of the handful of countries in the world that continue to execute juvenile offenders. Between 2005 and 2019, Iran executed at least 93 juvenile offenders, including two boys executed in April 2019 for crimes they had allegedly committed when they were 15 years old. Although Iran has recently changed laws that resulted in a large number of people for drug-related offenses, the number of executions is still alarming. In 2018 at least 253 people were executed in Iran. 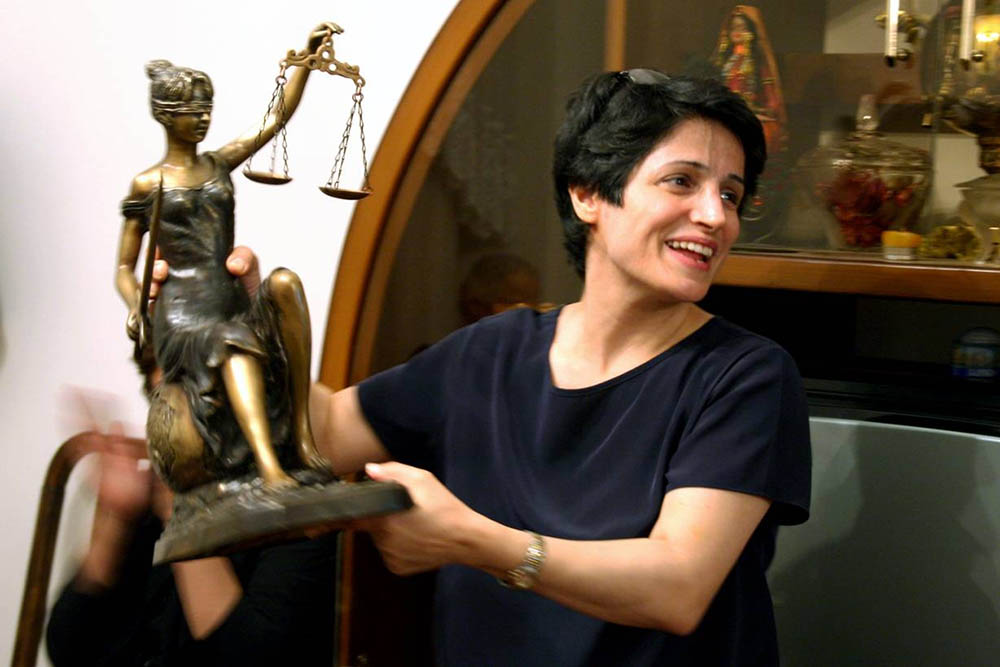 Nasrin Sotoudeh is a world-renowned Iranian human rights attorney who has won numerous prizes and accolades, including the 2012 Sakharov Prize for Freedom of Thought awarded by the European Parliament. However instead of honoring such an eminent citizen, the Iranian authorities sentenced her to an astonishing 38 years in prison plus 148 lashes solely for her peaceful advocacy and representation of her clients—one of the harshest sentences ever handed down to a prisoner of conscience in Iran. If she has to serve this entire sentence, she will be in her nineties by the time she is released.

For more than a year, since International Workers’ Day in 2018, Amnesty International has documented the arrests of hundreds of workers and other labor rights activists in the context of a campaign by the authorities to repress social unrest and public dissent. Courts have handed down prison sentences to dozens of them, in at least 38 cases compounding these by ordering those convicted to be flogged as well.

The Iranian authorities should also initiate impartial, independent and effective investigations into allegations that some labor rights activists, including Esmail Bakhshi and Sepideh Gholian, whose testimonies Amnesty International has documented in detail, have been tortured or otherwise ill-treated in detention in recent months. Anyone found responsible should be brought to justice in trials that meet international fair trial standards.

On May Day (May 1) 2019 Iranian authorities arrested large numbers of labor rights activists for taking part in peaceful protests. The organization renews its calls on the Iranian authorities to lift their unlawful ban on independent trade unions and allow workers to hold peaceful gatherings, including on International Workers’ Day, and to exercise their right to form and join independent trade unions.

The Persian holiday Nowruz (“new day”) is an ancient holiday celebrated on the first day of spring to welcome in the new year. Every Nowruz we remember several courageous prisoners of conscience in Iran with Nowruz greetings. Please send cards with Nowruz greetings to let our imprisoned friends know we are thinking of them at this time.

Abusive policing and excessive reliance on law enforcement to implement COVID-19 response measures have violated human rights and in some instances made the health crisis worse, Amnesty International said today.

Iran’s police, intelligence and security forces, and prison officials have committed, with the complicity of judges and prosecutors, a catalogue of shocking human rights violations, including arbitrary detention, enforced disappearance, …

Governments who were lauded for releasing prisoners in response to COVID-19 outbreaks have excluded human rights defenders from the measures and continue to make new arrests of activists, journalists and …

There has been an alarming escalation in use of the death penalty against protesters, dissidents and members of minority groups in Iran, Amnesty International said today, following the executions on …

Amnesty International is calling for the immediate and unconditional release of all the prisoners of conscience it is campaigning for worldwide, who are now at heightened risk due to the COVID-19 pandemic.

Around 36 prisoners in Iran are feared to have been killed by security forces after the use of lethal force to control protests over COVID-19 safety fears, Amnesty International has learned.

As part of a series of workshops exploring human rights concerns related to the COVID-19 response, Amnesty International USA will be holding a workshop titled “The impact of COVID-19 on …

Prisoner pardons in Iran welcome, but hundreds more who should be free remain jailed

Responding to the announcement by the Iranian authorities that pardons will be granted to prisoners convicted of “security” offenses who have a five-year prison sentence or less, and that those …

An investigation by Amnesty International has uncovered evidence that at least 23 children were killed by Iranian security forces in the nationwide protests in November last year.