We free people from prison who are being held unjustly because of who they are or what they believe. We change laws to protect millions of people’s human rights. We transform societies to be more fair, free, and just. Here are our victories. 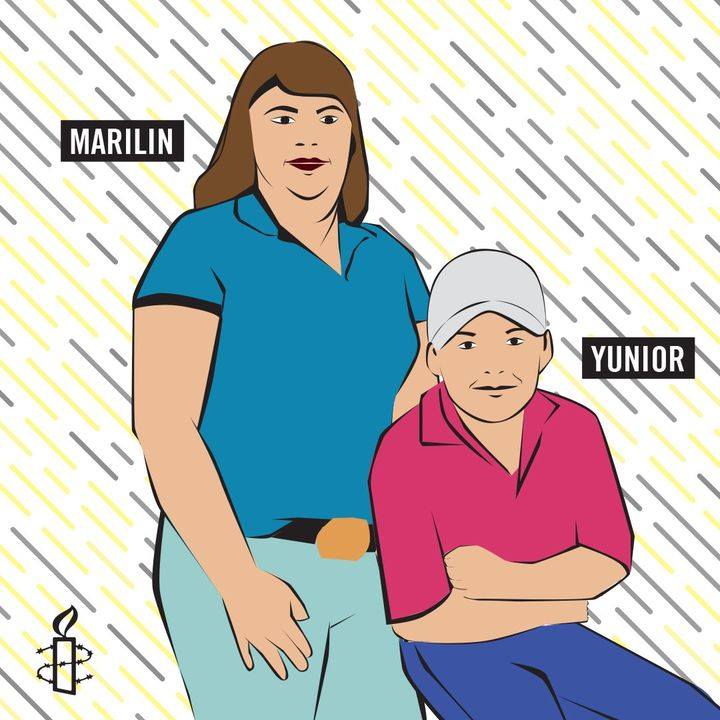 Marilin* (31) and Yunior* (11), have been released! Before the family’s release this week, Marilin faced an anniversary no parent would want: one year of lockup with her child simply for seeking safety here in the United States.

Marilin and Yunior were featured in our family detention campaign surge – several weeks of sustained actions, from grassroots activism to billboards, to drive attention to the dozens of families who are invisible behind detention walls in Pennsylvania and Texas. We want them and the government to know they’re not forgotten, and that we are working to free them all.

Thank you all for your continuing support and activism on these case campaigns. Our collective action shines a bright light on these families and the unlawful detention of them and so many more people detained in immigration facilities, and helps push the needle for their release.

Over the course of 2020, Amnesty International campaigned to free five families from immigration detention in the USA, with the broader call for all detained families to be freed. Of these five, four were released, and one was deported to their country of origin. As dozens of families remain detained and could be at risk of deportation, we will continue to monitor the situation and disseminate new actions – if and when needed.

Steven Tendo is a 35-year-old pastor and asylum-seeker who fled from torture and other severe human rights violations in Uganda and requested asylum in the USA. He was held by US authorities in immigration detention since December 2018. He was at risk of being returned to danger in Uganda in September 2020, but emergency global campaign efforts on his behalf prevented his deportation. While in detention, his health deteriorated from inadequate medical care for diabetes amidst a COVID-19 outbreak in the detention facility. Pastor Steven is now free on parole while he awaits the adjudication of his asylum claim.

Saïkou Yaya Diallo, the legal coordinator of the National Front for the Defense of the Constitution (FNDC), was freed from Conakry prison on 11 December 2020 after having served seven months in prison. He was sentenced in November 2020 to one-year imprisonment with five months suspended on fabricated ‘assault, violence, threats and public insults’ charges.

Political activists Brigitte Kafui Adjamagbo and Gérard Yaovi Djossou were released from detention on 17 December 2020 and are now under judicial supervision. At the end of November 2020, they were arrested and charged for ‘criminal conspiracy’ and ‘undermining the internal security of the state’ after calling for a demonstration to denounce the results of the February 2020 Presidential election. Following their release, they thanked Amnesty International’s members for campaigning for their release.

In November, Paraguayan authorities opened an investigation and provided protection to Bernarda Pesoa, leader of an indigenous Qom community, after she was attacked in late October. We continue to monitor the situation closely as the land conflict related to wood exploitation on Qom lands persist.