The Sri Lankan Supreme Court, while hearing the petitions to halt executions of death row prisoners, suspended all execution warrants until 29 October, the next date of hearing. This is a huge source of relief, as the 13 prisoners are no longer in imminent danger of being hanged. 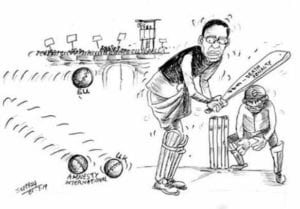 The Sri Lankan Supreme Court announced on 5 July 2019 that it has suspended all execution warrants until its next hearing date on 29 October. The bench will then resume hearing the twelve Fundamental Rights petitions that were filed in response to the announcement by President Maithripala Sirisena on 26 June 2019 that he had signed four execution warrants, and that the hangings would be carried out in the coming days.

The petitions state that the arbitrary selection of four prisoners and that the secrecy shrouding plans and preparations for executions having violated the rights of the prisoners.

The court decision comes against the backdrop of widespread opposition to plans to implement the death penalty in Sri Lanka. There has been resistance in the courts, in the media, on the streets, on social media, from all sides of parliament, and from the international community. This was the third time that the president tried to revive the death penalty in Sri Lanka, where the last execution took place in 1976.

Amnesty International had repeatedly called on President Sirisena to halt his plans to resume executions, making clear that the death penalty does not have a unique deterrent effect on crime. You have been an important addition to that chorus of voices that have proven why we must resist injustice everywhere it happens.