Members of the Civic Council of Popular and Indigenous Organizations of Honduras (COPINH) reviewed and agreed on new protection measures with the Honduran government, including for Rosalina Dominguez, member of the Río Blanco community who faced threats in 2019. 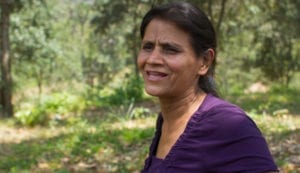 On 16 July 2019, COPINH told Amnesty International that members of the community of Río Blanco, Intibucá, Honduras, saw their food crop intentionally destroyed affecting 25 families. The attack took place in the same area where Rosalina Dominguez, her four sons, and two other members of the community of Río Blanco were threatened last 30 April and 1 May 2019 by a group of at least seven people, one of them armed. COPINH called on the Honduran government to investigate these threats and guarantee their safety given the history of attacks against this community fighting against the construction of Agua Zarca dam in the Gualcarque River.

In September 2019, members of COPINH and representatives of the Honduran Protection Mechanism held a meeting to discuss their protection measures, in accordance with the precautionary measures granted by the Inter-American Commission on Human Rights, MC-112-16. The protection mechanism and COPINH reviewed these measures and agreed on new ones, taking into consideration the latest attacks on members of Río Blanco in Intibucá. For security reasons, it is not possible to disclose which protection measures have been taken and which ones remain outstanding so far.

We believe that the public campaign on behalf of COPINH, including appeals sent by Amnesty International members, contributed to these positive developments. Amnesty International continues to monitor the situation and will work with COPINH to ensure all the protection measures that have been committed to are implemented and the attacks investigated and will react if further action is required.