University professor Dr. Salem Mohamed Beitelmal was released on 6 June. He had been abducted by local militias on the outskirts of Tripoli since 20 April. He has now returned home and joined his family. 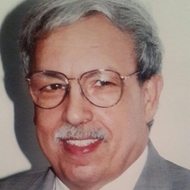 University professor Dr. Salem Mohamed Beitelmal was released on 6 June. He had been abducted by local militias on the outskirts of Tripoli since 20 April. He has now returned home and joined his family.

Dr. Salem Mohamed Beitelmal was released on 6 June at around 6 pm. A relative and a friend of his picked him up at Weshfana, south west of Tripoli, where he was left alone. During his 47 days of abduction, Dr. Salem Beitelmal was held in one room alone but part of a larger house. During his abduction, he was given one meal per day which consisted of a small loaf of bread, cheese, a 1 litre water bottle and a small packet of fruit juice. In addition, during the holy month of Ramadan, Dr. Salem Beitelmal was given a date. He didn’t have access to his medication on a daily basis. In order to manage his diabetes, he had to limit his food intake due to his lack of medication on those days. As a result, Dr. Salem Beitelmal has lost 30 kilos. Since his return, he has undergone a full medical check. Fortunately, and despite the harsh conditions and extreme weight loss, he is progressively recovering in good health. He has now returned home to his family.

On the morning of 20 April, the engineering professor at the Department of Maritime Engineering at the University of Tripoli was driving to work when he was abducted by local militias, in Siyyad area, on the outskirts of western Tripoli. Several minutes after leaving the house, a pickup truck came out from a hidden place on the other side of the road and cut him off. Dr. Salem Beitelmal got out of his car to ask why he was prevented from continuing his journey. At that moment, four armed men with covered faces got out of the pickup truck, grabbed Dr. Salem Beitelmal and placed him in the back seat of the car with his face down before leaving the place. Shortly after, the car stopped and he was told to get out of it. He was then placed in a room and forced to wait. The following day, several masked men covered Dr. Salem Beitelmal’s head with a black cloth, told him to keep his head down and put him in a car before driving off. He was then taken to a second unknown location where he remained for the rest of his abduction period.

A close family member told Amnesty International: “We thank you all for your actions. We believe that it is the mobilization and the actions taken that kept Dr. Salem Beitelmal alive.”