On 7 March 2019, Algerian blogger and prisoner of conscience Merzoug Touati was released. On 4 March 2019, an Algerian court issued a new verdict reducing Marzoug Touati’s sentence from seven to two years in prison and three years of suspended prison term. The decision prompted his release as he had already served two years in prison. Amnesty International has been calling for Merzoug Touati’s immediate and unconditional release, as he was a prisoner of conscience solely detained for his peaceful posts online. 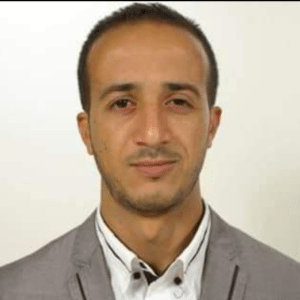 On 7 March 2019, Algerian blogger Merzoug Touati was released after spending more than two years in detention solely in relation to peaceful online posts.

In May 2018, Merzoug Touati was sentenced to 10 years in prison and a fine of 50,000 Algerian dinars (415 USD). A month later, an appeal court in Béjaïa, Kabylia region in the north of Algeria, reduced the prison sentence to seven years, while maintaining the same fine. In January 2019, the supreme court overturned the appeal sentence and referred the case again before a different second instance court. On 4 March 2019, the new court in Skikda, in the north-east of the country, issued the verdict of two years in prison and three years of suspended prison term. The court decision prompted his release as he had already served two years in prison.

Internal and international pressure on the Algerian authorities has been crucial to achieve this result. Amnesty International, together with a committee of Algerian organisations, organised marches and sit-ins in front of the courts in solidarity with Merzoug. In February 2019, Amnesty International Algeria delivered a petition signed by more than 6500 people to the Ministry of Justice and the Prime Minister calling for Merzoug’s immediate and unconditional release.