Mohammad Ghobadlou is at grave risk of execution in connection with Iran’s nationwide protests. He has received two death sentences after grossly unfair sham trials, marred by torture-tainted “confessions” and failure to order rigorous mental health assessments despite his mental disability. International law and standards prohibit using the death penalty against people with mental disabilities. 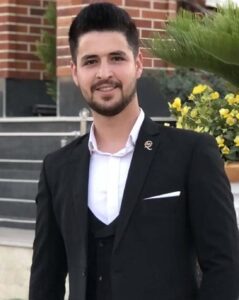 Mohammad Ghobadlou, a 22-year-old with a long-term mental disability, is at risk of execution. He has received two death sentences in relation to the death of an official which the authorities allege resulted from Mohammad Ghobadlou running over him with a car during a protest in Robat Karim, Tehran province, on 22 September 2022. The first sentence was issued by a Revolutionary Court for “corruption on earth” on 16 November 2022 and upheld by the Supreme Court on 24 December 2022. A request for judicial review remains pending. The second one was issued by Criminal Court One in Tehran province for “murder” on 24 December 2022 and an appeal is pending before the Supreme Court. Both sentences would amount to an arbitrary deprivation of his right to life as they followed flagrant violations of fair trial guarantees.

He was denied access to a lawyer throughout the investigation phase which lasted about a month. According to information obtained by Amnesty International, during this period, the authorities repeatedly beat him and withheld his bipolar medication, to force him to “confess” that he deliberately ran over several officials with a car to cause death. A forensic report dated 20 October 2022 confirms that while in custody, he sustained bruising and injuries. His independently chosen lawyer was not allowed to represent him at his trial before the Revolutionary Court, which consisted of two brief sessions on 29 October and 15 November. The authorities placed him in solitary confinement between the two sessions, denied him access to his family and lawyers and continued to withhold his medication, which exacerbated his vulnerability. The trial before Criminal Court One in Tehran province also consisted of two brief sessions on 4 and 10 December 2022. Mohammad Ghobadlou was the denied the right to an adequate defence as his independently chosen lawyer was denied access to material evidence.

Another serious violation is the authorities’ failure to order independent rigorous mental health assessments even though his mental capacity to control his conduct is at issue. International law and standards prohibit the use of the death penalty against people with disabilities. Amnesty International opposes the death penalty without exception, regardless of the nature of the crime or the characteristics of the offender.

I urge you to immediately quash the convictions and death sentences of Mohammad Ghobadlou and grant him a fair retrial without recourse to the death penalty, consistent with international law and standards prohibiting the imposition of the death penalty on people with mental disabilities, excluding coerced “confessions”, and providing for the special needs relating to his disability. I further urge you to ensure that he has prompt and appropriate mental health treatment and regular access to his family and lawyers. An independent and impartial investigation into his allegations of torture and other ill-treatment must be conducted and all those suspected of criminal responsibility must be held accountable. In addition, immediately establish an official moratorium on executions with a view to abolishing the death penalty.