The Komsomolsk-on-Amur District Court ruled to release women rights and LGBT rights activist Yulia Tsvetkova from house arrest on 16 March. She remains under travel restrictions, and criminal and administrative proceeding instigated against her for promoting women’s rights and LGBTI rights are still ongoing. 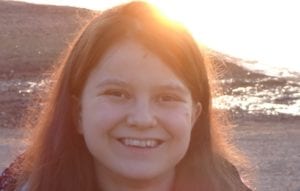 Yulia Tsvetkova, an artist and activist from Komsomolsk-on-Amur, in Russia’s Far East region, was released from house arrest and placed under travel restrictions on 16 March, following a court decision. Yulia Tsvetkova’s public campaigning for women’s rights and LGBTI persons’ rights has made her the target of an overtly homophobic campaign by the authorities, including harassment and unfunded prosecution, since March 2019.

Yulia Tsvetkova was placed under house arrest on 22 November 2019 after being charged with “production and dissemination of pornography”, a crime which carries a penalty of up to six years in prison. The grounds for the criminal proceedings against her are her drawings of the female body. Furthermore, administrative proceedings have been instigated against Yulia Tsvetkova under the Russian homophobic “gay propaganda” legislation which expressly discriminates against LGBTI people and violates their right to freedom of expression. During her house arrest she was prevented on several occasions from accessing necessary dental care.

On 13 March, following the replacement of the investigator in charge of her case, Yulia Tsvetkova was allowed to get dental treatment. Under the court decision of 16 March, she has been released from house arrest and no longer has to be accompanied by a police officer to attend her court hearings. However, she remains under strict travel restrictions.

While welcoming Yulia Tsvetkova’s release from house arrest and her being able to receive medical treatment she requires, Amnesty International will continue campaigning until all charges against Yulia Tsvetkova, under both criminal and administrative proceedings, are dropped.