Li Qiaochu, an active defender of the rights of women and workers, has been released on bail and returned home on 19 June 2020. Detained incommunicado since 16 February 2020, her arrest is suspected to be related to her activism against gender violence and the fact that her partner, Xu Zhiyong, attended an informal gathering of lawyers and activists in Xiamen in December 2019. 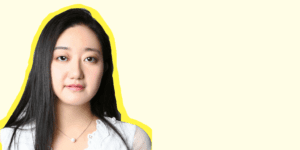 Li Qiaochu was released on 19 June 2020, after being detained incommunicado for four months. She has been released on bail and has returned home in good health.

Li was taken away by police in Beijing on 16 February 2020, but the authorities only confirmed two months later that she was being held under “residential surveillance in a designated location” in April 2020.

Li Qiaochu is a well-regarded researcher on labour rights and has been a peaceful advocate against gender-based violence for many years. It is believed that Li’s peaceful activism, and close association with other activists, was the primary reason for her detention.

It is rare for a Chinese human rights defender to be released in such a short time frame, and it is believed that this is a result of global mobilization around her case. Expressing their appreciation for those who took action and contributed to Li Qiaochu’s release, Li and her family said:

“Thank you to all friends who care about Li Qiaochu”

Li Qiaochu’s status means that the authorities have not yet dropped the charges against her. As it is common for human rights defenders in China to continue to face surveillance after being released from detention, Amnesty International will continue to monitor Li Qiaochu’s situation and respond to any negative developments if required.