Investigative journalist Ignace Sossou was freed from Cotonou prison on 24 June after having served six months in arbitrary detention. On 19 May, the Cotonou Court of Appeal reduced his original 18-month prison sentence to 12 months, including six months suspended. He was sentenced to prison and fined for “harassment” for Tweets quoting the Public Prosecutor during a conference in which he described Benin’s digital code as ‘a weapon’ to be used against journalists. 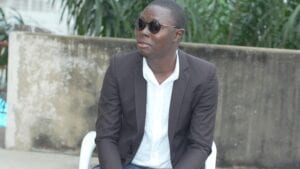 These are the words of Ignace Sossou after his release when he visited Amnesty International’s Benin office: “Amnesty action and all the mobilization behind my case contributed to my release. When I was in detention, my little brother, who visited me regularly in prison, came with paper articles of the mobilization actions of Amnesty members. It gave me strength. Today, I would like to thank Amnesty International. You’ve always been there for me, from the beginning’’.

Following Ignace Sossou’s imprisonment, Amnesty International launched a campaign calling for his immediate and unconditional release as his prosecution was directly linked to his work as a journalist and was further demonstrative of the repressive climate and undue restrictions on the right to freedom of expression in Benin. The authorities must respect, protect, promote and fulfil the rights of journalists, bloggers, activists and human rights defenders, in accordance with the country’s international human rights obligations.