Maiwulani Nuermaimaiti, an internet technician, was sentenced to nine years in prison for “separatist activities” in August 2017. Taken away in January 2017, his family members only found out about the sentencing in December 2019. No evidence against him or information about a trial has ever been made public, but his family members believe that he was charged merely for having visited Turkey to study Turkish between 2012 and 2014. There are grave concerns for Maiwulani Nuermaimaiti’s wellbeing. 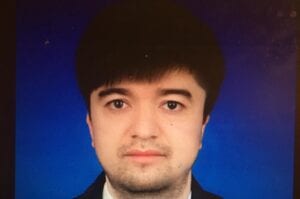 I am writing to express my concern about Maiwulani Nuermaimiati (买吾拉尼·努尔买买提), a Uyghur fiber internet technician who was sentenced to nine years in prison for “separatist activities” (分裂活动) in August 2017. Without regular access to a lawyer of his choice, I fear that he is at risk of torture or other ill-treatment.

It is distressing to learn that no information about a trial, or even evidence against Maiwulani Nuermaimaiti, has ever been made public. It was only through the official response from the Chinese authorities to the UN Working Group on Enforced or Involuntary Disappearances in September 2019 that Maiwulani Nuermaimaiti’s sister learned that he had been sentenced to prison. According to international human rights law and standards, everyone charged with a criminal offense has the right to fair trial. Except in prescribed and narrowly defined circumstances, court hearings and judgments must be made public.