On March 10, 2021, the Specialized Criminal Court in Saudi Arabia upheld the conviction of Saudi woman human rights defender Loujain al-Hathloul, confirming a sentence of five years and eight months with conditional release. Loujain al-Hathloul had appealed the sentence handed down to her on December 28, 2020, which was based on charges including “spying with foreign parties” and “conspiring against the Kingdom”, effectively criminalizing her work promoting women’s rights and advocating for the end of the male guardianship system in Saudi Arabia. 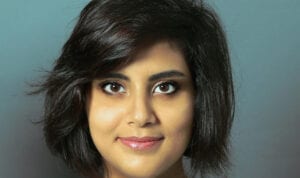 On March 10, 2021 exactly one month after her conditional release, the Specialized Criminal Court (SCC) upheld the conviction of Saudi woman human rights defender Loujain al-Hathloul and denied her appeal to quash her sentence. The SCC had issued its verdict on December 28, 2020, following a grossly unfair trial which included claims of torture and sexual harassment during her detention, sentencing her to five years and eight months in prison – partially suspended by two years and ten months.

This latest judicial development, whereby the SCC upheld the verdict, effectively means that even though she is no longer behind bars, Loujain al-Hathloul is still not free. She continues to face probation, which effectively means she is at risk of re-arrest in case she violates the terms of her probation, as well as a travel ban of five years. In parallel, Loujain al-Hathloul had demanded that the regular Criminal Court investigate her claims of being subjected to acts of torture, harassment, and ill-treatment during the first three months of her detention. The Criminal Court confirmed the Public Prosecutor’s decision that no torture had taken place, and effectively placing the burden of proof on Loujain al-Hathloul, who then took the case to the Court of Appeal. The Court of Appeal in turn confirmed the primary verdict of the Criminal Court that no torture had taken place.

Loujain al-Hathloul continues to pay a price for her peaceful activism and remains at risk of re-arrest, under severe movement restrictions, and effectively restricted from pursuing any peaceful activism. She should be free, enjoying her freedom and provided with a remedy for the violations she has suffered throughout her arbitrary detention and unfair trial.