Egyptian researcher and master’s student Ahmed Samir Santawy went on hunger strike on June 23, 2021 after an emergency court sentenced him to four years’ imprisonment for publishing “false news”. His conviction is based solely on social media posts criticizing human rights violations in Egypt and the state’s mishandling of the pandemic. Verdicts by emergency courts cannot be appealed and are only subject to the president’s authorization. Ahmed Samir Santawy is a prisoner of conscience who must be immediately and unconditionally released. 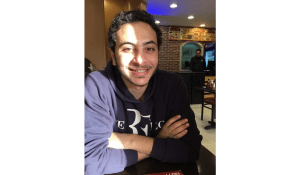 I am writing to you about researcher and anthropology master’s student Ahmed Samir Santawy, who started a hunger strike on June 23, 2021 in protest over his unjust conviction by an Emergency State Security Court, a special court whose proceedings are inherently unfair and not subject to appeal. He was convicted of publishing “false news to undermine the state, its national interests and public order and spread panic among the people” and sentenced to four years imprisonment on the basis of social media posts criticizing human rights violations in Egyptian prisons and the state’s mishandling of the pandemic that he denied writing. Regardless of the author of the posts, criminalizing the dissemination of information based on vague concepts such as “false news” is contrary to the right to freedom of expression guaranteed by the Egyptian constitution and international human rights law.

Ahmed Samir Santawy, who is currently jailed at Liman Tora prison, has been arbitrarily detained since February 1, 2021, when he was arrested by officials from the National Security Agency (NSA). The Supreme State Security Prosecution (SSSP) initially ordered his detention pending investigations over unfounded terrorism-related accusations, on the basis of secret NSA investigations that neither he nor his lawyers have been allowed to examine. That investigation is still ongoing. On May 28, 2021 the SSSP referred him to trial in a separate case. Amnesty International considers Ahmed Samir Santawy to be a prisoner of conscience, targeted because of his research work on gender and religion, topics on which NSA officers and SSSP prosecutors questioned him extensively.

I therefore ask you to quash the verdict against Ahmed Samir Santawy, release him immediately and unconditionally, and ensure that investigations into unfounded terrorism-related accusations against him are dropped. Pending his release, I urge you to instruct the Minister of Interior to ensure that he has regular access to his family, lawyers and adequate healthcare, including in hospitals outside prison, as required.