Doctor Tatyana Revva, employed in a hospital in Kalach-on-Don, southern Russia, continues to face reprisals for exposing personal protective equipment (PPE) shortages and other issues with the COVID-19 pandemic. She is appealing a court decision of 23 July that rejected her civil claim against the hospital for imposing disciplinary action on her. She also learned in July that she is at risk of criminal prosecution: the district prosecutor’s office overturned a decision not to initiate proceedings against her, specifically libel charges connected to her complaints. 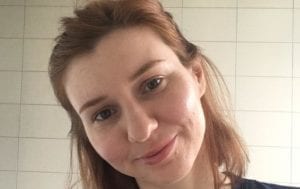 Doctor Tatyana Revva, an intensive care unit doctor from Kalach-on-Don, is facing reprisals after repeated complaints to her hospital’s management about the shortage of personal protective equipment (PPE) for medical workers in the context of the COVID-19 pandemic. Tatyana Revva has suffered unjustified disciplinary measures for these and other work-related complaints and could lose her job for simply exercising her right to freedom of expression and raising concerns about matters of public interest. She has been trying to take effective action to combat the spread of COVID-19 and ensure the highest attainable standard of health. I am appalled to learn that on 23 July, a court rejected her civil claim against the hospital for imposing disciplinary measures on her. She is appealing this decision.

Tatyana Revva received a letter in July stating that some of the issues she had complained about had been confirmed by the hospital inspection conducted by the regional prosecutor’s office. However, the same letter also stated that the Kalachevsky District prosecutor’s office had overturned the decision of the district police not to initiate a criminal case against her under Article 128.1 of the Russian Criminal Code (“Libel”). The letter stated that the police had been ordered to conduct an additional pre-investigatory examination into whether criminal proceedings should be opened against her. The initial pre-investigatory examination was conducted following a complaint from the head doctor at Tatyana Revva’s hospital. At that time, the police refused multiple times to open a criminal case as they did not identify supporting grounds.

I urge you to take all necessary steps to end reprisals against Tatyana Revva. These should include a halt of the ongoing pre-investigatory examination, ensuring that she is able to perform her professional duties and exercise her right to freedom of expression, without obstruction or harassment. I also call on you to take steps to ensure health workers in the Kalach-on-Don hospital and other hospitals in Volgograd region are adequately protected in the context of COVID-19.