On 21 January, an Appeal Panel ordered the case of 22-year-old Yahaya Sharif-Aminu be retried by a different judge on the basis that he was not represented by a legal representative throughout his trial. The singer was convicted and sentenced to death by hanging for blasphemy in August 2020, accused of circulating a song on WhatsApp that allegedly contained derogatory comments against Prophet Muhammad SWAT. The charges against Yahaya Sharif-Aminu must be dropped and he must be released immediately and unconditionally. 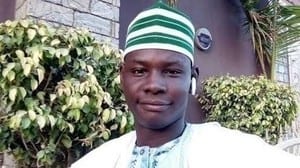 I am writing about Sharif-Aminu, a 22-year-old singer. On 10 August 2020, an Upper Shari’a Court in Kano state convicted Yahaya Sharif-Aminu of blasphemy for circulating a song on WhatsApp that was considered blasphemous against Prophet Muhammad and sentenced him to death. He remains held in Kano prison.

I request that you drop all charges against Yahaya Sharif-Aminu and ensure his immediate and unconditional release.