Ethnic Kazakh writer Nagyz Muhammed has been convicted of “separatism” for gathering with his friends on Kazakhstan Independence Day, expressing opinions on Xinjiang’s “bilingual education” policy and encouraging Kazakhs living in Xinjiang to move to Kazakhstan. Refusing to plead guilty, Nagyz Muhammed testified in court that he had been beaten and burned by cigarette butts during interrogations. Sentenced to life imprisonment in September 2020, there are grave concerns for Nagyz Muhammed’s wellbeing. 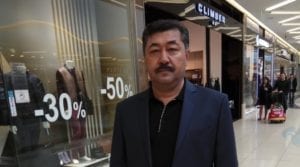 I write to express my concern for Nagyz Muhammed, an ethnic Kazakh writer convicted of “separatism” and sentenced to life imprisonment in September 2020 for peacefully exercising his human rights.

There are no official documents about the verdict, but Nagyz Muhammed’s family report that he was convicted because he gathered with his friends on Kazakhstan Independence Day, expressed opinions on Xinjiang’s “bilingual education” policy and encouraged Kazakhs living in Xinjiang to move to Kazakhstan, all of which are peaceful acts protected by international human rights law and standards.

I find it distressing that Nagyz Muhammed has been denied his right to a fair trial as he was not able to be represented by a lawyer of his choice. During the court hearing, Nagyz Muhammed was represented by a government-appointed lawyer. As documented by Amnesty International, with similar cases of long imprisonments on vague charges, few lawyers are willing to take up Xinjiang-related cases because these cases are deemed too sensitive.

It is disturbing to learn that the court has not dealt with Nagyz Muhammed’s claims during the trial that he had been beaten and burned by cigarettes during interrogations, which raises concern as to whether his conviction may have been based on evidence obtained through torture and other ill-treatment. Detained incommunicado since March 2018, I am deeply concerned about his current and future wellbeing.

I call on you to release Nagyz Muhammed unless there is sufficient, credible and admissible evidence that he committed an internationally recognized offense and is granted a fair trial in line with international standards; and pending his release, ensure Nagyz Muhammed is not subjected to torture and other ill-treatment.