Leonard Peltier, a 77-year-old Native American man who has been imprisoned in the USA for 45 years and has a clemency petition pending before President Joe Biden, has contracted COVID-19. This heightens concern for Leonard Peltier’s life and well-being given his age and serious underlying health conditions. Amnesty International urges President Biden to grant Leonard Peltier clemency on humanitarian grounds. 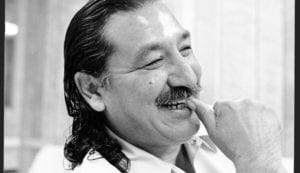 The news that 77-year-old Native American activist Leonard Peltier has contracted COVID-19 in federal prison has greatly heightened concern for his well-being given his age and his serious medical conditions, including diabetes, kidney disease and a heart ailment.

Pending before you is Leonard Peltier’s clemency petition in which he seeks commutation of his sentence. Many have called for his release over the years on humanitarian grounds, including the National Congress of American Indians and several Nobel laureates, including the late Archbishop Desmond Tutu. Most recently, the Chairperson of the Senate Indian Affairs Committee, Senator Brian Schatz, has urged you to grant clemency, in line with your administration’s commitment to “righting past wrongs” in the criminal justice system.

Leonard Peltier has always maintained his innocence of the murder of two FBI agents during a confrontation with members of the American Indian Movement on the Pine Ridge Indian reservation in South Dakota in 1975. There are serious concerns about the fairness and reliability of proceedings leading to his trial and conviction in 1977. These concerns have led the former US Attorney who supervised the prosecution team post-trial to call for clemency.

Even without the serious additional serious factor of COVID-19, there remain deep concerns about Leonard Peltier’s deteriorating health.

I urge you to grant Leonard Peltier clemency on humanitarian grounds and as a matter of justice.