Retired Uyghur doctor Gulshan Abbas was sentenced to 20 years’ imprisonment in a secret trial for “taking part in organized terrorism, aiding terrorist activities and seriously disrupting social order” in March 2019. Her family learned about this sentencing through a trusted source 21 months later in December 2020. They believe that Gulshan Abbas’s lengthy sentencing is linked to the activism for Uyghurs of Gulshan Abbas’ relatives in the US. Gulshan Abbas has multiple chronic diseases that require constant monitoring and regular medical treatment. The fact that Gulshan has had no access to her family members for more than two years raises serious concerns for her health and wellbeing. 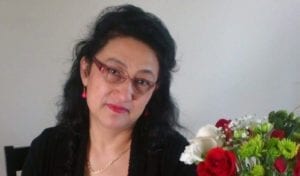 I am writing to express my grave concern about Gulshan Abbas (古丽先．阿巴斯), a retired Uyghur doctor who was sentenced to 20 years’ imprisonment in a secret trial for “taking part in organized terrorism, aiding terrorist activities and seriously disrupting social order” in March 2019. Her relatives only knew about the lengthy sentencing more than 21 months later in December 2020 and have subsequently confirmed it with Chinese authorities.

I find it distressing to learn that, ever since Gulshan Abbas went missing in Urumqi on 10 September 2018, no official information about her whereabouts or condition has been shared with her family. Her family believe that she might have been sent to a “transformation-through-education” facility before she was imprisoned.

No concrete evidence against Gulshan Abbas has been made public, but Gulshan Abbas’ family believe that her lengthy sentencing is because of the activism for Uyghurs by her relatives overseas. This would appear to be an example of collective punishment aimed at restricting the right to free expression and the work of human rights defenders. I find it very troubling to also learn that Gulshan Abbas has undergone surgery on both her eyes and suffers from multiple chronic diseases including high blood pressure, back pain, and severe recurring migraines. It is of critical importance that she receives regular and adequate medical care.

I call on you to release Gulshan Abbas unless there is sufficient, credible and admissible evidence that she committed an internationally recognized offense and is granted a fair trial in line with international standards; pending her release, disclose Gulshan Abbas’ whereabouts, allow her access to her family, a lawyer of her choice as well as prompt and adequate medical care, as necessary or requested, and ensure she is not subjected to torture and other ill-treatment.