Prisoner of conscience, Hassan Mshaima, one of 11 jailed Bahraini opposition leaders, continues to be denied adequate healthcare in detention. Over the past two months he was admitted to the hospital due to the serious deterioration of his health that required emergency treatment. 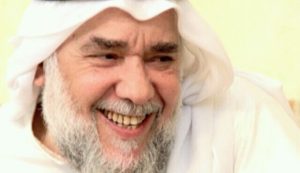 The health of opposition leader, Hassan Mshaima, 72, has alarmingly deteriorated over the past two months. He is a diabetic and former cancer patient, and suffers from other chronic illnesses, including heart disease. On 19 October 2020, the Jaw Prison authorities transferred him to the Bahrain Defense Force (BDF) hospital as he was suffering from extremely high blood pressure and difficulty breathing. He was told that he needed to be seen by a specialist for his diabetes and his high blood pressure, but no appointment was made. His health further deteriorated, and he was again rushed to the hospital on 10 November 2020 but was returned to prison about six hours later. Hassan Mshaima told his son that the doctors suspected that he had suffered a stroke. On 15 November, he was seen by a cardiologist who prescribed him medication.

On 13 November 2020, the Ministry of Interior stated that he was receiving all his rights, including full healthcare. However, as a former cancer patient, Hassan Mshaima requires regular check-ups such as Positron Emission Tomography (PET) scans every six months. His last PET was in October 2019. He also hasn’t been seen by an endocrinologist for his diabetes for over four years.

Hassan Mshaima was sentenced to life imprisonment in 2011 after an unfair trial for leading widespread peaceful anti-government protests. In the same case, 12 other opposition activists received sentences ranging from five years to life imprisonment. Two of them have since been released.

I call on you to release Hassan Mshaima immediately and unconditionally as he is a prisoner of conscience convicted solely for peacefully exercising his rights to freedom of expression and assembly, and his advanced age and health issues put him at higher risk of contracting COVID-19. In the meantime, I urge you to provide him with access to adequate healthcare, including prescribed medication and regular check-ups.