Critically ill prisoner of conscience and human rights defender Arash Sadeghi is being tortured through the intentional and purposeful denial of his access to cancer treatment, causing him severe pain and suffering. A serious post-operation infection has developed in his right arm due to lack of care in prison, leaving it swollen, paralyzed and without sensation. He has also been denied critical bone marrow tests to monitor if his cancer has spread. His life is being put at risk. 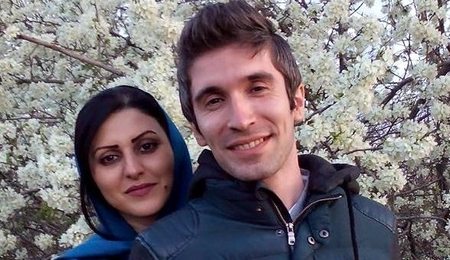 The life of critically ill human rights defender Arash Sadeghi, imprisoned in Raja’i Shahr prison in Karaj, is being put at risk through the denial of his access to urgent follow-up cancer treatment. After months of delays, on 12 September 2018, he underwent major surgery in a hospital outside of prison to remove a cancerous tumor in his right arm. The authorities returned him to prison three days later on 15 September 2018, despite strong advice from hospital doctors hat he should remain hospitalized for at least 25 days to undergo intensive specialized care to prevent serious risks to his health and life. His surgery was carried out at his family’s expense, even though international standards stipulate that states should pay the medical expenses of all prisoners, completely and without discrimination.

Without adequate post-operative care, a serious infection has developed in his right arm, leaving it swollen, paralyzed and without sensation. It has been months since he was last seen by a cancer specialist and underwent the critical bone marrow tests that he requires every two months to monitor if the cancer has spread. He is experiencing severe pain in his shoulders and the authorities have simply told his family to buy him strong painkillers. He is also suffering from digestive problems resulting from a prolonged hunger strike in late 2016. Prison doctors have repeatedly said that he should be transferred to a specialized medical center outside prison, but the authorities have dismissed the advice. The deliberate refusal by the authorities to provide Arash Sadeghi with medical care constitutes torture as defined in international law, since such deprivation is intentionally inflicting severe pain or suffering, apparently for the purpose of punishing him for his high-profile activism as a human rights defender and in reprisal for his peaceful hunger strike.

I urge you to immediately provide Arash Sadeghi, at the state’s expense, with the specialized medical care he needs at the appropriate medical center outside prison, including cancer treatment. I further call on you to release him immediately and unconditionally, as he is a prisoner of conscience held solely for peacefully exercising his rights to freedom of expression, association and assembly. Finally, I urge you to initiate an independent and efficient investigation into Arash Sadeghi’s torture and bring those responsible for persistently denying him medical care to justice in proceedings that meet international fair trial standards.