On March 23, 2021, an investigative judge set April 6 as the first trial date for Moroccan investigative journalist and vocal critic Omar Radi, who has been held in pre-trial detention for nine months in Oukacha prison in Casablanca. He will face charges of “harming the national security of the state” and rape. Omar Radi, who frequently criticised the government’s human rights record, was arrested in July 2020. Amnesty International had revealed in a report that the Moroccan authorities targeted him through illegal surveillance using a spyware produced by NSO Group, an Israeli company. 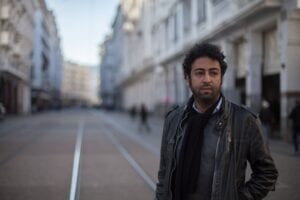 On March 23, 2021, an investigative judge indicted him for  “harming the internal and external security of Morocco” based on an accusation that he had received funds from sources “linked to foreign intelligence agencies”. Amnesty International has found that Omar Radi has received funds transferred from abroad for research grants in the context of a journalism fellowship and freelance consultancies, both related to his exercise of freedom of expression. Amnesty International therefore has serious concerns that the charge is spurious and indicates a similar pattern used by the Moroccan authorities to intimidate critics. Similar charges were brought against academic Maati Monjib for legitimately receiving funding from a foreign non-governmental organization in 2015.

Omar Radi is also charged with “rape” and “indecent assault against a female” based on an accusation by a woman who alleges he assaulted her on July 12, 2020. He denies this, affirming that he had a “consensual sexual relationship” with her. The witness in this case, journalist Imad Stitou, who was present during the alleged incident, has denied throughout the investigation that rape took place.  As a result Imad Stitou has also been indicted as an accomplice of rape. He is facing trial on the same date.

Rape accusations must each be considered on their merits and Amnesty International is not well placed to assess their veracity. We note that there has been a recent pattern of sexual assault charges being brought against critics of the government in the context of detention or prosecutions related to their freedom of expression. In one case of a detained newspaper publisher,  the UN Working Group on Arbitrary Detention found that his detention in relation to rape accusations amounted to “judicial harassment attributable to nothing other than his investigative journalism”.

I urge the Moroccan authorities to release Omar Radi while he awaits and undergoes trial.  Under international law, pretrial detention should only be used as an exceptional measure and only when the authorities can demonstrate a specific risk of, for example, absconding.  Omar Radi is already under a travel ban and has pledged to participate fully in the judicial process. I also call on you to drop the “national security” charge against Omar Radi as it is related to his legitimate exercise of journalistic work. Finally, I call on the authorities to grant Omar Radi a fair trial in accordance with international due process standards.