Bookseller Gui Minhai was sentenced to 10 years’ imprisonment and deprivation of political rights for five years on the charge of “illegally providing intelligence to foreign entities” on 24 February 2020. Without access to his family, a lawyer of his choice and consular officials, there are grave concerns that Gui Minhai is at risk of torture and other ill-treatment, as well as grave concerns for his health. 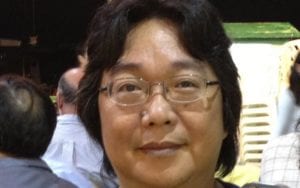 I am writing to express my concern for Gui Minhai, who has been sentenced to 10 years’ imprisonment and deprivation of political rights for five years on the charge of “illegally providing intelligence to foreign entities” on 24 February 2020.

Gui Minhai appears to have been tried and convicted in secret, denying him any chance of a fair trial. Despite the claim that he handed over ‘intelligence’ while in their custody, it appears that his conviction is primarily based on his attempted trip with two Swedish diplomats to Beijing in 2018.

Without any further information provided, the court notice also stated that Gui Minhai had reapplied for Chinese citizenship in 2018, which would mean he could not rely anymore on his Swedish citizenship. As Gui Minhai has been held in custody since 2015, the true intention of this decision cannot be verified.

It is also distressing to learn that Gui Minhai has not been able to see his family members and consular officials, or even have access to a lawyer of his own choice since 2018. Given his existing health condition, which requires regular and urgent medical care, Gui Minhai’s family are particularly concerned for his wellbeing.

I call on you to release Gui Minhai and drop the charges against him unless there is sufficient credible and admissible evidence that he has committed an internationally recognized offense and is granted a fair trial in line with international standards; grant Gui Minhai prompt, regular and unrestricted access to medical care on request or as necessary, lawyer of his choice and his family; and clarify the circumstances of his change of citizenship and, until then, grant Gui Minhai consular access.