On December 28, 2021, armed security operatives arrested activist and author Kakwenza Rukirabashaija and held him in incommunicado detention for 13 days before arraigning him in closed court session where he reported that he had been tortured while in detention. His arrest came after he published critical views on social media about President Yoweri Museveni and his son. The authorities must immediately and unconditionally release him as he is being detained solely in connection to the peaceful exercise of his right to freedom of expression, which the Ugandan authorities must respect and uphold; this includes the right to express controversial or offensive views. 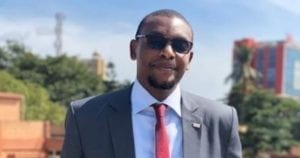 I am writing to express my concern for activist and author, Kakwenza Rukirabashaija, who is once again being arbitrarily detained for exercising his right to freedom of expression. He was arrested at his home in the Kisaasi area of Kampala, the Ugandan capital, on December 28, 2021, by Special Forces Command (SFC) officers who threatened to break his legs and tear gas him when he exercised his due process right to see a warrant for his arrest, which they failed to present. He was arrested in connection to Twitter posts he made between December 26 and 28, 2021 which the Uganda Police Force claims were meant to disturb the peace of Lieutenant General Muhoozi Keinerugaba, the son of President Yoweri Museveni.

Kakwenza Rukirabashaija was subsequently held in incommunicado detention, without access to his family or lawyers, until January 11, 2022 when he was arraigned in closed session before Buganda Road Chief Magistrate’s Court. During the arraignment, which his lawyer was denied access to, and which was held in closed session- in a deliberate effort by the authorities to avoid public scrutiny, Kakwenza Rukirabashaija told the Chief Magistrate he had been tortured in detention. The Magistrate ordered he undergo a medical examination. When his lawyer visited him in detention on January 12, 2022, he reported that Kakwenza Rukirabashaija claimed that, while detained, SFC operatives used pliers to pluck pieces of his body- including his feet, back, legs, buttocks and palms; he had visible wounds all over his body. After visiting him in detention, the Uganda Human Rights Commission, the state human rights institution, on January 18, 2022, confirmed that Kakwenza Rukirabashaija had scars and injuries on his body. He is currently remanded at Kitalya Government Prison, about 50km northwest of Kampala, charged with two counts of ‘offensive communication’ under Section 25 of the Computer Misuse Act. Efforts by his lawyers to get him bail are ongoing. He is next due to appear in court on January 22, 2022.

In light of the above, I urge you to order all charges against Kakwenza Rukirabashaija to be dropped and for him to be immediately and unconditionally released. Pending his release, he must be granted unhindered and regular access to his family, doctors and lawyers, and is protected from torture and other ill-treatment. I further urge you to order a prompt, impartial and effective investigation be carried out into his reports of torture in detention, bringing those suspected of responsibility to account in fair trials.