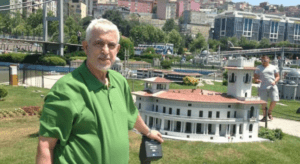 Dr. Mohammed al-Khudari, an 83-old Palestinian national, needs urgent medical care as his health is steadily deteriorating in the prison of Abha, Saudi Arabia. When he was arrested on 4 April 2019, he was undergoing cancer treatment, and concerns for his health have increased with the COVID-19 pandemic and risks for an older person with underlying medical conditions. Earlier this year, Dr. Mohammed al-Khudari lost partial function of his right hand and lost some of his teeth. He is currently dependent on his son, detained with him, to feed him and help him around the prison.

In November 2020, Dr. Mohammed al-Khudari and his son, Dr. Hani al-Khudari, were transferred to Abha prison, which lacks medical specialists and the standard care required by Dr. al-Khudari. Although he has been allowed access to medical care in jail, he was denied consultation with specialist doctors to conduct check-ups and assess tumor size. The last time he had access to a specialist was three months ago in Dhahban prison. On 8 March 2020, both men were charged before the SCC with “joining a terrorist entity” – understood to be Hamas de facto authorities – as part of a mass trial of 68 individuals. Dr. al-Khudari was additionally charged with holding several leadership positions within the entity. Their trial has been marred by numerous and serious violations of their due process rights, including enforced disappearance, arbitrary arrest and detention, being held incommunicado and solitary confinement.