Iranian brothers Vahid Afkari and Habib Afkari are being subjected to renewed torture and other ill-treatment in Adelabad prison in Shiraz. Since September 2020, they have been held in windowless solitary confinement cells and denied access to adequate healthcare, fresh air, telephone calls and face to face family visits. Authorities arbitrarily arrested them in 2018 after their participation in protests, forcibly disappeared them and repeatedly tortured them for months. They were sentenced to lengthy imprisonment after grossly unfair trials. 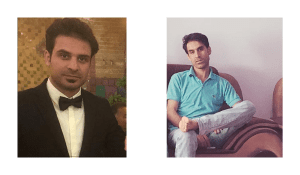 I am deeply concerned about the ongoing torture and other ill-treatment of brothers Vahid Afkari and Habib Afkari, who were arrested in 2018 in the aftermath of participating in protests, which they and their lawyers maintain was peaceful in nature, in Shiraz, and are serving lengthy prison sentences. They reported being subjected to severe beatings in Adelabad prison in Shiraz on September 5, 2020 before being placed in solitary confinement cells in apparent retaliation for asking about the fate and whereabouts of their brother Navid Afkari, who had been removed from death row to an unidentified location on September 3; he was executed in secret on September 12, 2020. Since then, they have been held in windowless solitary confinement cells, either together in a single cell or separately. Prison authorities are denying them access to meaningful contact with other prisoners, fresh air, telephone calls and face to face family visits. They are also being deliberately denied adequate health care, including for torture-related injuries. Both suffer from chronic spine pain; Habib Afkari also suffers from toothaches and needs specialized dental care.

On September 17, 2018, the investigation unit of Iran’s police (Agahi) arrested Vahid Akfari and Navid Afkari and accused them, without any basis, of various peaceful and violent activities deemed threatening to “national security”, and of fatally stabbing an intelligence agent on August 2, 2018, purportedly in revenge for his role in suppressing protests in Shiraz earlier that day. On December 13, 2018, ministry of intelligence agents violently arrested Habib Afkari, after repeatedly warning him against inquiring about his brothers’ fate and whereabouts. He was accused of various alleged peaceful and violent activities in the context of protests. The brothers repeatedly maintained their innocence in court and in written complaints and said they had been tortured to “confess”. Despite this and the lack of credible evidence, Vahid Afkari was sentenced to 33 years and nine months’ imprisonment and 74 lashes and Habib Afkari to 15 years and eight months’ imprisonment and 74 lashes in multiple grossly unfair trials.

I call on you to release Vahid Afkari and Habib Afkari as they are arbitrarily detained, quash their unjust convictions and sentences and drop all charges related to their peaceful participation in protests. Pending their release, they must be held in conditions meeting international standards for the treatment of prisoners, including access to adequate health care and their families. If charged with internationally recognizable criminal offences, retrial proceedings must meet international standards of fair trial and exclude coerced confessions. A prompt, independent and impartial investigation into their allegations of torture and other ill-treatment must be conducted and all those suspected of criminal responsibility must be brought to justice in fair trials without recourse to death penalty.