The health of Dr. Abduljalil al-Singace is now in an alarming state as he enters his seventh consecutive month on hunger strike and has been deprived of his weekly video call with his family since the end of November 2021. Dr Abduljalil al-Singace, a Bahraini academic and human rights defender, has served over a decade of a life sentence in Bahrain’s Jaw prison for his peaceful role in Bahrain’s 2011 uprising. He must be immediately and unconditionally released, and pending that, granted immediate access to any necessary medical care. 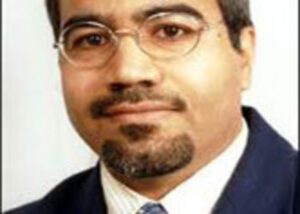 Dr. Abduljalil al-Singace is serving a life sentence for his peaceful role in Bahrain’s 2011 uprising. He has been in Jaw prison for over a decade, in violation of his rights to freedom of expression and peaceful assembly. As he enters his seventh consecutive month on hunger strike, his health condition has further deteriorated with the on-duty doctor and an ambulance crew intervening and putting him on oxygen.

On July 8, 2021, he started a hunger strike to protest the confiscation by prison authorities of a book on Bahraini dialects that he spent the last four years researching and writing. Ten days later, he was transferred from prison to the Kanoo Medical Centre where has since been detained. The same month, the Bahrain Ministry of Interior Ombudsperson declared that Dr. Abduljalil al-Singace’s book could not be handed to his family until a “legal decision” was made. In November 2021, a legal decision clarified the apolitical nature of the book and yet the book has still not been returned.

At the end of November 2021, Dr. Abduljalil al-Singace’s weekly video calls to his family were suspended and, distressingly, he was not yet able to see his new grandson. In protest, he has been refusing to take IVs, vitamin supplements, and oral medication. Dr. Abduljalil al-Singace also suffers from medical conditions, including severe intermittent headaches, a prostate problem, arthritis in his shoulder joint, tremors, numbness, and diminished eyesight, for which he has not received adequate health care for. He has still not been informed of the outcome of an MRI scan taken in November 2021 and is still awaiting a CT scan as requested by his doctor.

We call upon your Highness to release Dr. Abduljalil al-Singace immediately and unconditionally as he is held solely for exercising his rights to freedom of expression and peaceful assembly. In the meantime, we urge you to ensure he receives adequate health care, in compliance with medical ethics, including the principles of confidentiality, autonomy, and informed consent. We also call on you to ensure that his access to video calls to his family is reinstated and his work is immediately handed over to them.