Journalist and human rights defender Nguyen Van Hoa was convicted and sentenced to seven years in prison in December 2017 for reporting on the 2016 Formosa environmental disaster in central Viet Nam. Tortured by the authorities to confess to his “crime”, he is currently being held in solitary confinement as punishment for his refusal to cooperate. Nguyen Van Hoa is a prisoner of conscience and should be immediately and unconditionally released. 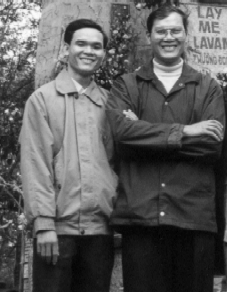 I am writing to express my concern about the treatment of Nguyen Van Hoa, a journalist and human rights defender who has been imprisoned solely for exercising his right to freedom of expression. Currently held in An Diem Prison, Nguyen Van Hoa has been tortured by prison officials in an attempt to force him to admit his “crime”. After refusing to cooperate, he was placed in solitary confinement on 12 May and has remained there ever since.

Nguyen Van Hoa was arrested in January 2017 after covering a public demonstration on the Formosa environmental disaster. He was convicted and sentenced to seven years in prison on the charge of “conducting propaganda against the state”.

Viet Nam is a state party to the International Covenant on Civil and Political Rights and the Convention Against Torture. The Constitution of Viet Nam also explicitly bans the use of torture and other ill-treatment.  As a result, the Vietnamese government is obligated to end the use of torture by its law enforcement officials, as well as to promptly and effectively investigate allegations of torture and bring to justice anyone suspected to be responsible.

Specifically, I urge you to immediately and unconditionally release Nguyen Van Hoa who is a prisoner of conscience as he has been imprisoned solely for peacefully exercising his right to freedom of expression, and pending his release, ensure Nguyen Van Hoa is protected from torture and other ill-treatment while in prison and that there is a prompt and impartial investigation into allegations of torture

Thank you for your kind attention.