French-Palestinian lawyer Salah Hammouri has been issued a four-month administrative detention order. He is a field researcher for Palestinian NGO Addameer and has been held without charge or trial since March 7, 2022. Since 2002, Israeli authorities have persistently harassed Salah Hammouri, who has been detained several times. He is also at risk of deportation as Israel’s Ministry of Interior has taken action to revoke his residency status in East Jerusalem. The Israeli authorities must release Salah Hammouri immediately and ensure that he is allowed to keep his residency status in Jerusalem and continue with his human rights work without fear of reprisals. 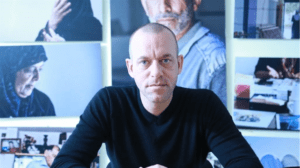 I am writing to express grave concern for the arbitrary detention and ongoing harassment of French-Palestinian lawyer Salah Hammouri, arrested on March 7, 2022, by Israeli forces at his home in the occupied East Jerusalem neighbourhood of Kufr Aqab, an area within the boundaries of the Jerusalem Municipality, yet segregated from the rest of the city by the wall and other military checkpoints. He was taken to Ofer military detention center and then transferred to a detention centre within the Russian compound in Jerusalem, where he remains held without charge or trial. On March 10, 2022, the Military Commander of the Israeli Defence Forces (IDF) in the occupied West Bank issued a four-month administrative order, extending his detention without charge or trial until July 6, 2022 and without any means to effectively challenge the detention. The order, which an Israeli military judge is due to confirm during the week of March 14, 2022, can be renewed indefinitely.

Israel’s systematic use of administrative detention violates international human rights law. Its use as such results in arbitrary detention, and if prolonged or repeated can amount to cruel, inhuman and degrading treatment or punishment. This could constitute as an inhuman act perpetrated to maintain a system of apartheid, which is crime against humanity.

Salah Hammouri is also at risk of deportation as the authorities have been taking steps since September 2020 to revoke his permanent residency status on the grounds of “breach of allegiance” to the State of Israel. He is currently waiting for the ruling by the Israeli High Court. According to his lawyer, there is concern that this most recent administrative detention order will be used against him to expedite actions towards his forcible deportation. Salah Hammouri is a lawyer and field researcher at the prominent Palestinian human rights organization, Addameer Prisoner Support and Human Rights Association. This is not the first time he has been arbitrarily detained in connection to his human rights work.

I urge you to immediately release Salah Hammouri and all others who have been placed under administrative detention, unless they are promptly charged with an internationally recognizable crime and tried in proceedings that adhere to international fair trial standards. I urge the authorities to ensure that he is allowed to keep his residency status in Jerusalem and continue with his human rights work without fear of reprisals.