Badr Baabou, a human rights defender and LGBTI rights activist, was violently assaulted by police officers on the night of October 21, 2021, in downtown Tunis. Security forces have been targeting Badr Baabou for his work and activism in promoting the rights and freedoms of LGBTI people in Tunisia. This attack is the latest in a long series that spans several years. Several complaints have been filed but to no avail. The authorities must conduct an investigation into the attack, bringing those responsible to account. 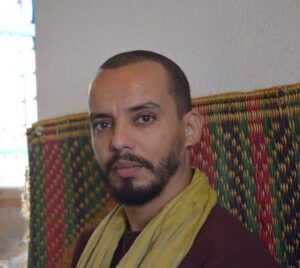 I write to you to draw your attention to the case of human rights defender and LGBTI activist Badr Baabou, who was insulted and violently assaulted, apparently in connection with his work as an activist.

According to testimony that Badr Baabou provided to Amnesty International, around 9:00pm on October 21, 2021, Badr Baabou left a cafe in downtown Tunis and was looking for a taxi when two men whom he believes were members of the security forces, and who identified themselves as ‘cops’ when asked by the activist, insulted him, accosted him, and beat him severely. As Badr Baabou lay on the ground, his head bleeding, the men stole his laptop and mobile phone, and told him the beating was retaliation against him for filing complaints against the police and “defending whores and [a derogatory term in Tunisian Arabic for homosexuals].” The remarks appear to be a clear indication that Badr Baabou is being targeted for his LGBTI rights activism.

Badr Baabou suffered numerous injuries during the assault, including to his head, face, chest, spine, and upper limb, as described in a medical report he provided to Amnesty International. He also has multiple bruises and oedemas on his face, neck and shoulder, and suffers from pain in his neck, back and right shoulder that limits his movements.

Badr Baabou is the chairman of ‘DAMJ, the Tunisian association for justice and equality’, one of the Tunisia’s most prominent LGBTI rights groups. In past years he has been frequently assaulted and harassed by the security forces. On October 25, 2021, the activist filed a complaint with Tunis’ Court of First Instance directed against Tunisia’s General Director of National Security, General Director of Public Security, Regional Head of Public Security, and the two men who assaulted and robbed him and whom he alleges to be members of security forces. The complaint has yet to be responded to.

In light of the above, I call on you to ask the public prosecutor to open an effective and impartial investigation into Badr Baabou’s violent assault and the ones that preceded it, bringing all those found to be responsible to account in fair trial proceedings. These repeated attacks must end immediately. I also call on you to end the impunity enjoyed by police officers. Il-treatment and violence against citizens remain rampant in Tunisia today. The overwhelming majority of investigations into members of the security forces hardly ever make it past the investigative phase and none have led to successful sentencing of perpetrators.