Algerian journalist, Merzoug Touati, sentenced to one year in prison and a fine for Facebook posts denouncing deplorable prison conditions of another detained activist, started a hunger strike on March 29, 2022, to protest his detention conditions and demand a transfer to a prison close to his official residence in Bejaia, Algeria. As the prison administration disregarded his hunger strike, Merzoug Touati did not receive any medical care until suffering sharp kidney pain which required his transfer to a hospital. His health has significantly deteriorated according to reports from his family. He must be released immediately and unconditionally. 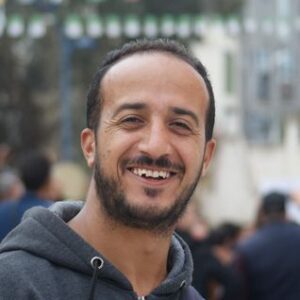 I am writing to raise concern about the deteriorating health condition of Algerian journalist Merzoug Touati, who has been on hunger strike since March 29, 2022, to protest against his prison conditions and transfer to Al-Aghouat prison, 500km away from his residence in Bejaia, Algeria. He had previously been held in Ghardaia prison during his first instance and appeal trials. He was transferred to the new prison on February 16, 2022, and placed in a crowded transit area dedicated to new incoming prisoners who are supposed to stay there only for two weeks due to Covid-19 regulations. However, Merzoug Touati has already spent more than one month and a half in this transit area, placing his health at further risk.

On April 9, 2022, his family visited him in prison. They told Amnesty International that he had lost half his weight and was barely able to move. He complained of stomach pain and asked his family to get him medicine from outside prison, as the prison administration has not provided him with any medical attention needed and instead continued to disregard his hunger strike.

Police in Ghardaia summoned Merzoug Touati on December 28, 2021, without mentioning any reason. They kept him in custody for one night before transferring him to Ghardaia prison on December 29, 2021. The first instance court in Ghardaia sentenced him to one year in prison, confirmed on appeal, for “harming public institutions” and publishing “fake news”, under articles 146 and 196 bis of the penal code, respectively, after he posted on Facebook a comment denouncing the prison conditions of a detained activist.

In light of the above, I urge you to quash the sentence against Merzoug Touati and release him immediately and unconditionally as he is imprisoned only for exercising his right to freedom of expression. Pending his release, I urge you to ensure that he is held in conditions meeting international standards and provided with the adequate medical treatment he may require, including during his hunger strike.