Hussein Abo al-Kheir is at imminent risk of execution in Saudi Arabia as the authorities resume executions for drug-related offences after a two year moratorium announced by the Saudi Arabian Human Rights Commission in January 2021. Since 10 November 2022, Saudi Arabia has executed 20 people convicted on drug-related charges. In 2014, Abo al-Kheir was arrested for alleged drug smuggling, and he was sentenced to death in 2015 following a grossly unfair trial. He has exhausted all legal appeals, and will be put to death as soon as the King ratifies his sentence. During his pre-trial detention, Abo al-Kheir was subjected to an array of human rights violations, including incommunicado detention, lack of access to legal representation and torture to extract a “confession.” Amnesty International calls on the King to not ratify Abo al-Kheir’s death sentence, and the competent authorities to quash his conviction and re-try him in line with international fair trial standards. 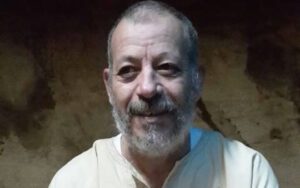 I am alarmed to learn that Hussein Abo al-Kheir, a Jordanian national and father of eight is at imminent risk of execution following the authorities’ resumption of executions for drug-related offences. This contravenes the UN Working Group on Arbitrary Detention (WGAD) decision 36/2022, issued in October 2022, which found that he is arbitrarily detained and called for his death sentenced to be quashed and his ‘immediate and unconditional release.’

Hussein Abo al-Kheir was arrested on 18 May 2014 by customs officials while crossing the Durra border from Jordan to Saudi Arabia for alleged drug smuggling. Upon arrest, he was held in incommunicado detention at an unknown location by the Durra counter-narcotics authority for a period of 12 days. He was only allowed to contact his family two weeks after his arrest.

During this period and throughout his pre-trial detention, Hussein Abo al-Kheir said that he was subjected to torture and other ill-treatment to extract his “confession”, including being suspended from his feet, and subjected to beatings and insults. Abo al-Kheir retracted his confession before the Tabuk Criminal Court on 15 December 2014 and again on 6 July 2017, stipulating that the authorities had tortured him into signing the “confession” with his fingerprint because he was beaten to the point that he could not hold a pen. Despite his request for a medical report before the court on 6 July 2017, his torture allegations were never investigated.

During his pre-trial detention and trial proceedings, Abo al-Kheir had no access to legal representation or consular assistance.

We call on Your Majesty to not ratify the death sentence of Hussein Abo al-Kheir and the competent authorities to quash his conviction and re-try him in proceedings that are fully consistent with international fair trial standards, without resort to the death penalty. Furthermore, I call on you to order a prompt, impartial, independent, and effective investigation into Abo al-Kheir’s claims of torture and other ill-treatment. I also call on you to declare an official moratorium on all executions with a view to abolishing the death penalty in Saudi Arabia.