On 9 September, the Casablanca judicial police questioned Rida Benotmane, a member of the Moroccan Association for the defense of human rights (Association Marocaine des Droits Humains) about several social media posts and YouTube videos he released in 2021, in which he denounced the authorities for ignoring demands for social justice and warned against the potential use of Covid-19 vaccine passes in Morocco as a tool of repression. He has since been held in Arjate 1 prison in Salé, a city in northwestern Morocco, on bogus charges that violate his right to freedom of expression. He must be immediately and unconditionally released. 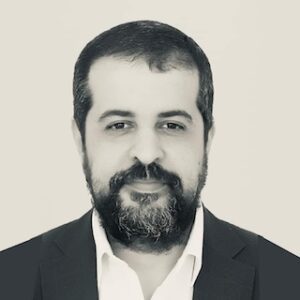 I am writing to express concern over the arbitrary detention of human rights defender Rida Benotmane merely for exercising his right to freedom of expression.

On 9 September, the National Judicial Police Brigade (BNPJ) in Casablanca interrogated Rida Benotmane over a Facebook post he published on 13 September 2021, which called for a public march against abuses by security forces and two YouTube videos from 2021, in which he criticized the authorities for ignoring people’s demands for social justice and warned against the authorities’ use of vaccine passes as a tool of repression. The BNJP arrested Rida Benotmane and detained him in Arjate 1 prison, over 30km from where he and his family live in Rabat, the Moroccan capital, where he remains. His appeals hearing has been rescheduled several times and is now due to take place on 31 October 2022.

On 10 September, the King’s prosecutor in the Rabat First Instance Court charged Rida Benotmane with “insulting a body regulated by law”, “insulting public officials while carrying out their duties”, and “broadcasting and distributing false allegations without consent” under articles 265, 263, and 447-2 of the Penal Code respectively. He was also charged with breaching the decree law on the state of health emergency because he criticized the use of the vaccine pass, saying that it could be used by the authorities to restrict freedoms.

Rida Benotmane’s detention is emblematic of Morocco’s crackdown on critical voices and its recourse to arbitrary detentions to silence peaceful dissent. His detention violates the right to freedom of expression, as guaranteed by both international human rights law and the Moroccan constitution, which states in Chapter 25 that freedom of thought and expression is guaranteed in all its forms.