Abdullah al-Huwaiti, who was arrested when he was 14, is at imminent risk of execution in Saudi Arabia. On June 13, 2022, the Appeals Court upheld his death sentence after a grossly unfair trial. During his time in detention, he was held in solitary confinement, denied access to a lawyer, and forced to “confess” under duress. On March 2, 2022, he was re-sentenced to death by a Criminal Court in Tabuk on charges which included armed robbery and the murder of a security officer. Amnesty International calls on the Supreme Court and the King to not ratify Abdullah al-Huwaiti’s death sentence, quash his conviction, and re-try him in proceedings that are fully consistent with international fair trial standards, without resort to the death penalty. 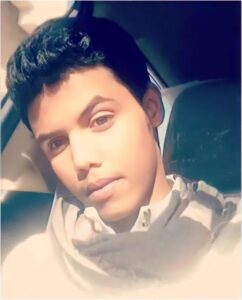 I am alarmed to learn that Abdullah al-Huwaiti is at imminent risk of execution following an Appeal Court’s decision on June 13, 2022, to uphold his death sentence.

As you may be aware, Abdullah al-Huwaiti was only 14 years old at the time of his arrest and when he was tried with five other defendants on May 11, 2017. Following a re-trial ordered by the Supreme Court in 2021, he was re-sentenced to death by a Criminal Court in Tabuk on March 2, 2022. As this decision has since been upheld by the Appeals Court, I fear for the life of Abdullah al-Huwaiti as the Supreme Court could ratify his death sentence at any moment.

It is further distressing that, during his detention, Abdullah al-Huwaiti was detained in solitary confinement for four months and was not allowed to speak to his family and access a lawyer throughout this period and during interrogation. Disturbingly, despite the fact that he was a child at the time of the arrest, he was detained in the criminal investigations unit of Tabuk instead of the juvenile detention centre (Dar Al Mulahaza). Abdullah al-Huwaiti told the court: “Everything in the ‘confession’ is not true, and I was forced to confess as I was beaten and threatened… I was also told to change my testimony to match that of other defendants”. Abdullah al-Huwaiti refused to sign his testimony as he maintained it is not true; yet, the court refused to withdraw his testimony and consequently sentenced him to death.

The Saudi Human Rights Commission said in a statement to Amnesty International in February 2022 that the country no longer executes individuals “for crimes committed by minors” and has commuted all such outstanding sentences. Meanwhile, Abdullah al-Huwaiti’s death sentence was still upheld following a re-trial.

I urge you not to ratify the death sentence of Abdullah al-Huwaiti, and to quash his conviction, given the grave concerns about the fairness of his trial and his age at the time of arrest, and to order a re-trial in proceedings that are fully consistent with international fair trial standards, without resort to the death penalty. Furthermore, I call on you to order a prompt, impartial, independent, and effective investigation into his claims before the court of torture and ill-treatment and to immediately establish an official moratorium on executions with a view to abolishing the death penalty in Saudi Arabia.