On October 17, 2021, the First-Instance Tribunal of Adrar, a city 1400 km south west of Algiers, the Algerian capital, convicted environmental activist Mohad Gasmi to five years in prison for “glorification of terrorism” for a Facebook publication in which he blamed the Algerian authorities for the radicalization of a well-known militant. Mohad Gasmi has been detained since June 8, 2020, in a detention facility in Adrar. The authorities must quash his conviction and grant his immediate release. 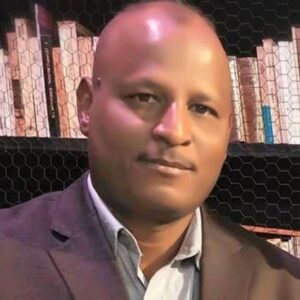 I am writing to raise concern about activist Mohad Gasmi, who has been detained in Adrar. a city 1400 km south west of Algiers, the Algerian capital, since June 8, 2020, and on October 17, 2021, was unfairly sentenced to five years in prison.

Police in Adrar arrested Mohad Gasmi on June 14, 2020. His house was searched and police seized his phone, computer and USB flash drive. He was charged with “glorification of terrorism” for a Facebook post where he attributes the radicalization of a prominent Algerian militant, considered a “terrorist” by the Algerian authorities, to their failure to deliver justice and dignity to their population.

Mohad Gasmi is a civil society and environmental activist who was among the leaders of the protest movement against the exploitation of the shale gas in the south of Algeria between 2012 and 2015. He also took part in the Hirak protests which erupted in February 2019 and called for political change in Algeria.

The Algerian authorities are increasingly resorting to trumped up terrorism-related charges to prosecute journalists, human rights defenders and political activists in the country. Journalists Hassan Bouras and Mohamed Mouloudj are currently held in pre-trial detention on terrorism-related charges for their online publications criticizing the authorities. Three members of the Algerian League for the Defense of Human Rights in Oran are also being prosecuted for “terrorism” to punish them for their participation in the Hirak movement.

In light of the above, I ask you to immediately release Mohad Gasmi and quash his conviction, as he is detained solely for peacefully exercising his right to freedom of expression. I also call on you to stop using bogus charges of terrorism to crackdown on peaceful activism in Algeria.