Every year celebrate Pride with LGBTQI activists around the world– celebrating our pride and standing for our rights.  This year amidst a global health crisis, many Pride celebration outdoor gatherings are cancelled–but Pride is not cancelled–and it’s more important than ever to join the celebration, show our solidarity, and take action for LGBTI rights!

On this page you’ll find actions you can take, ideas for organizing, and resources to learn more.  Join us! 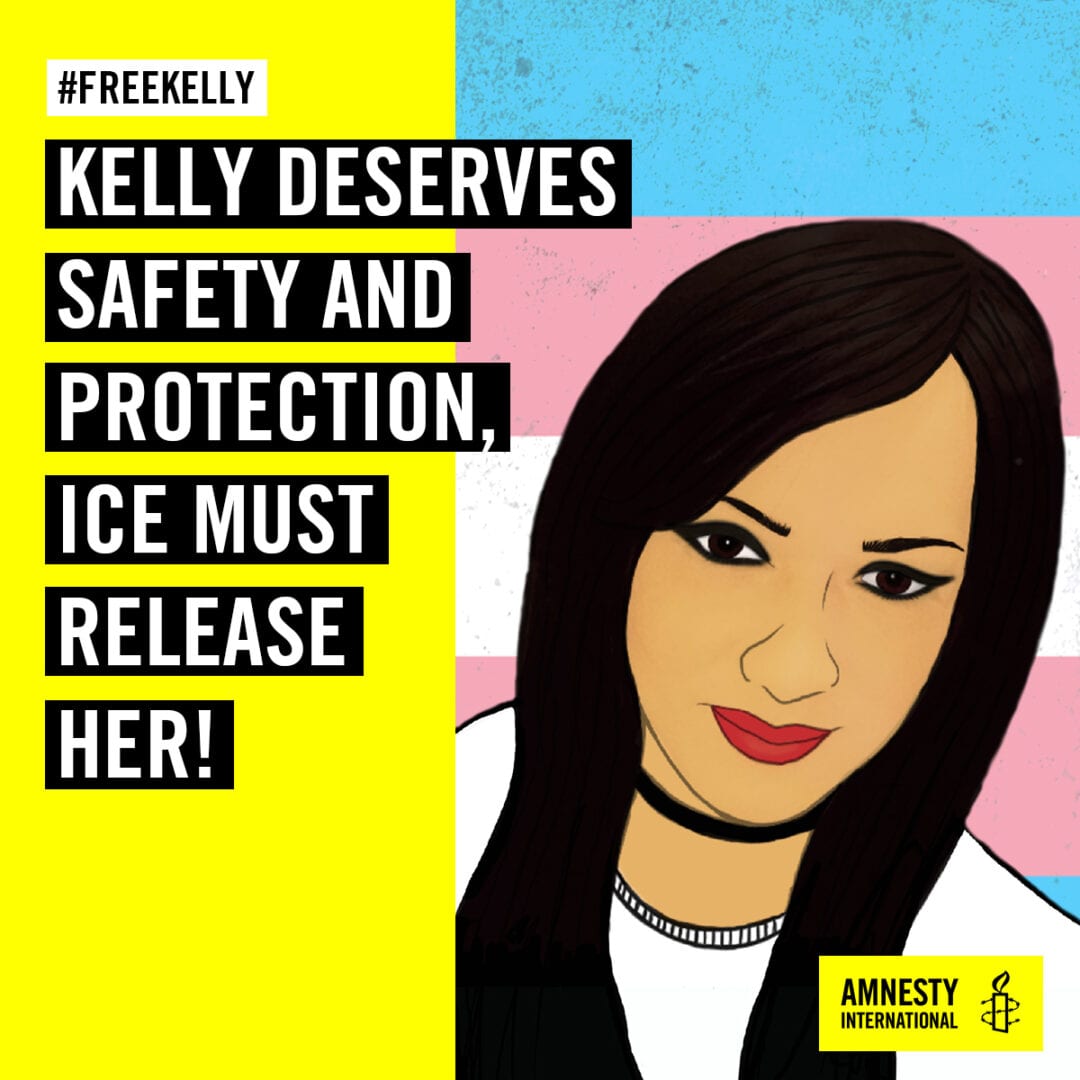 “Our lives are in danger because there are people here who tested positive for the COVID-19 virus and there is nothing we can do. More detainees keep coming and going. This is a time bomb for our lives. We pray that someone will do something.”
Kelly

After she traveled to the USA, US immigration authorities detained her in August 2017. She has been locked up since while she awaits the results of her asylum claim. She is now being held at the Aurora Detention Facility in Colorado. She fears she could contract COVID-19 because of the inadequate measures taken by authorities to protect detainees and staff from the virus.

Send an email to ICE demanding they parole Kelly

Learn more about Kelly’s case from the Urgent Action here

The recent death of George Floyd, an unarmed Black man, by police in Minnesota, comes in the wake of and long history of a series of acts of racist violence against Black people that illustrates astounding levels of violence and discrimination in the United States.  This Pride month, we recognize the centrality and interconnectedness of the Black Lives Matter movement for LGBTI rights.

These issues are connected, not just because Black LGBTQI people are more likely to experience violence than white LGBTQI people, or because white supremacy permeates all parts of culture—including movements for LGBTI rights—but because the roots of this violence and discrimination are the same system that devalues some lives over others, particularly through police violence. The Stonewall Riot, often marked as a key starting point for LGBTI rights movement in America, was aimed at ending police brutality and oppression.  This Pride, we stand with Black Lives Matter and work to better integrate racial justice into our LGBTI rights work!  JOIN US!

Just because we’re physically distant doesn’t mean we can’t do activism together! Check out the below for ideas to stay engaged with Pride all month long!

Throughout Pride month, commit to learning more about LGBTI rights and what you can do to support LGBTQI people!