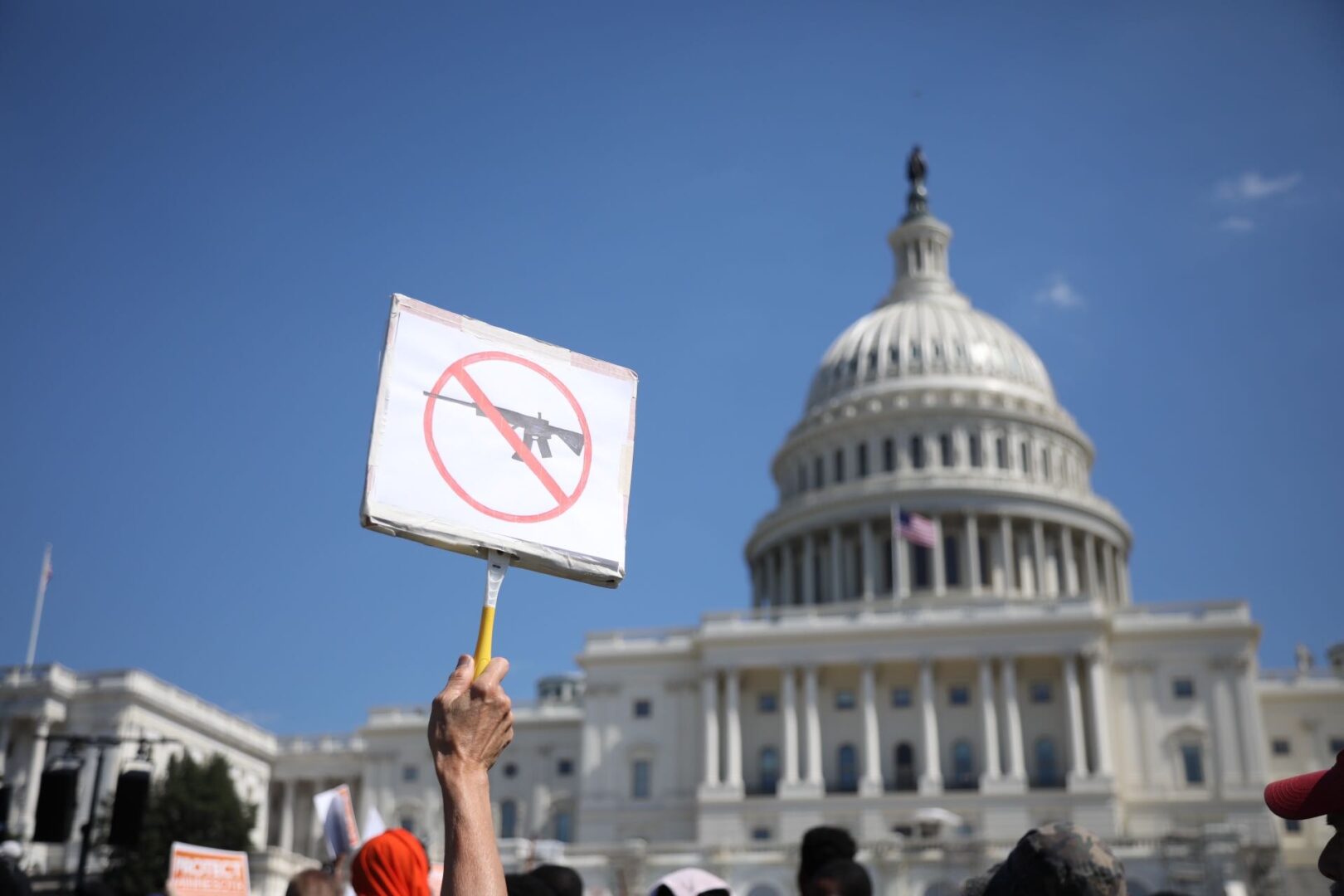 As the tragedies in Ulvade, Texas and Buffalo, New York and too many other communities underscore, gun violence in the United States is a human rights crisis. The impact of firearm violence extends far beyond the numbers of those injured and killed, traumatizing entire communities and the country as a whole. We stand with victims’ families and with survivors, and join our partners in the gun violence prevention community in demanding action.

The human right to live free from violence, discrimination, and fear must no longer be ignored by Congress. Amnesty International urges lawmakers to enact comprehensive, common sense, human rights-based gun safety legislation without further delay, including:

Read Amnesty International USA’s report “In the Line of Fire: Human Rights and the U.S. Gun Violence Crisis” for our full list of recommendations.

Amid a district court blocking the Biden administration’s plan to terminate Title 42, Amnesty is dismayed at the continuation of this policy that violates the human right to seek asylum. Amnesty continues to urge members of Congress  to reject all legislative efforts to extend Title 42 beyond May 23. Lawmakers should not align themselves with a policy like Title 42 that subverts U.S. and international law and punishes Black, Brown, Indigenous, and LGBT people in search of safety.

As Congress moves forward on drafting appropriations for FY23, Amnesty and the Defund Hate network call on Congress to boldly reduce DHS funding for immigration detention and enforcement. We also caution against any increases in funding for so-called “alternatives to detention,” which are dangerous e-carceration and surveillance programs that still harm, criminalize, and restrict people seeking safety and have not resulted in fewer people detained. Immigrants and asylum-seekers have the support of sponsors and community-based nonprofits and should be permitted to navigate asylum claims and the immigration process without detention and surveillance.

CONGRESS MUST ACT TO PROTECT CIVILIANS IN MILITARY OPERATIONS

Amnesty welcomes the introduction of the Protection of Civilians in Military Operations Act (H.R.7625, S.4108) and the Department of Defense Civilian Harm Transparency Act (H.R. 7621, S.4107) by Sen. Elizabeth Warren (D-MA) and Reps. Sarah Jacobs (D-CA), Ro Khanna (D-CA), and Tom Malinowski (D-NJ). As highlighted in a Pulitzer Prize winning New York Times investigation, which followed Amnesty’s groundbreaking reports on civilian casualties in Syria, Iraq, and Somalia, thousands of civilians have been killed by U.S.-led forces in recent years, receiving neither acknowledgment nor compensation from the U.S. government. We urge members of Congress to support these two bills designed to improve how the U.S. military protects civilians and responds when civilians are harmed by U.S. actions, both to prevent further harm and to help civilians whose lives have already been devastated.

A May 31 Amnesty report, “Bullets rained from the sky”: War crimes and displacement in Eastern Myanmar,” documents post-coup war crimes committed by the Myanmar military in Kayin and Kayah States. More than 150,000 individuals have been forcibly displaced as a result of military operations. Amnesty urges the international community, including the U.S. government, to call for the immediate release of all those arbitrarily detained, to demand that the military end ongoing human rights violations, and to push the UN Security Council for a global arms embargo on Myanmar. Please contact Carolyn Nash at [email protected] for a briefing with the report’s authors.

A year after after state of siege was proclaimed in North-Kivu and Ituri provinces in the eastern Democratic Republic of the Congo (“DRC”), a May 10 Amnesty report details how military and police authorities have used sweeping powers to silence individuals deemed critical of the state of siege. “Justice and freedoms under siege in North Kivu and Ituri” reveals the authorities are using military courts to prosecute dissenters, including members of parliament, pro-democracy activists, and human rights defenders, in unfair trials. Amnesty International USA urges members of Congress to speak out publicly against the risk of the state of siege becoming a permanent regime in the eastern DRC, and urge President Félix Tshisekedi to revoke all powers granted to military courts to try civilians and to set a clear exit plan from the state of siege.

In a new report released on May 18, Amnesty International calls on the UN Security Council to renew the arms embargo on South Sudan. “‘If you don’t cooperate, I’ll gun you down’: Conflict-related sexual violence and impunity in South Sudan” reveals ongoing conflict-related sexual violence (“CRSV”), and detailed the role of guns in facilitating sexual violence. The report notes South Sudanese authorities have yet to fully implement a 2021 action plan to address CRSV, one of five benchmarks against which the UN Security Council would review any change to the embargo.

in case you missed it

On May 18, Amnesty activists across the U.S. met virtually with the offices of members of Congress and asked them to fund community-led solutions to end gun violence and pass an Afghan Adjustment Act that would provide a roadmap to permanent status for Afghans currently in the U.S. 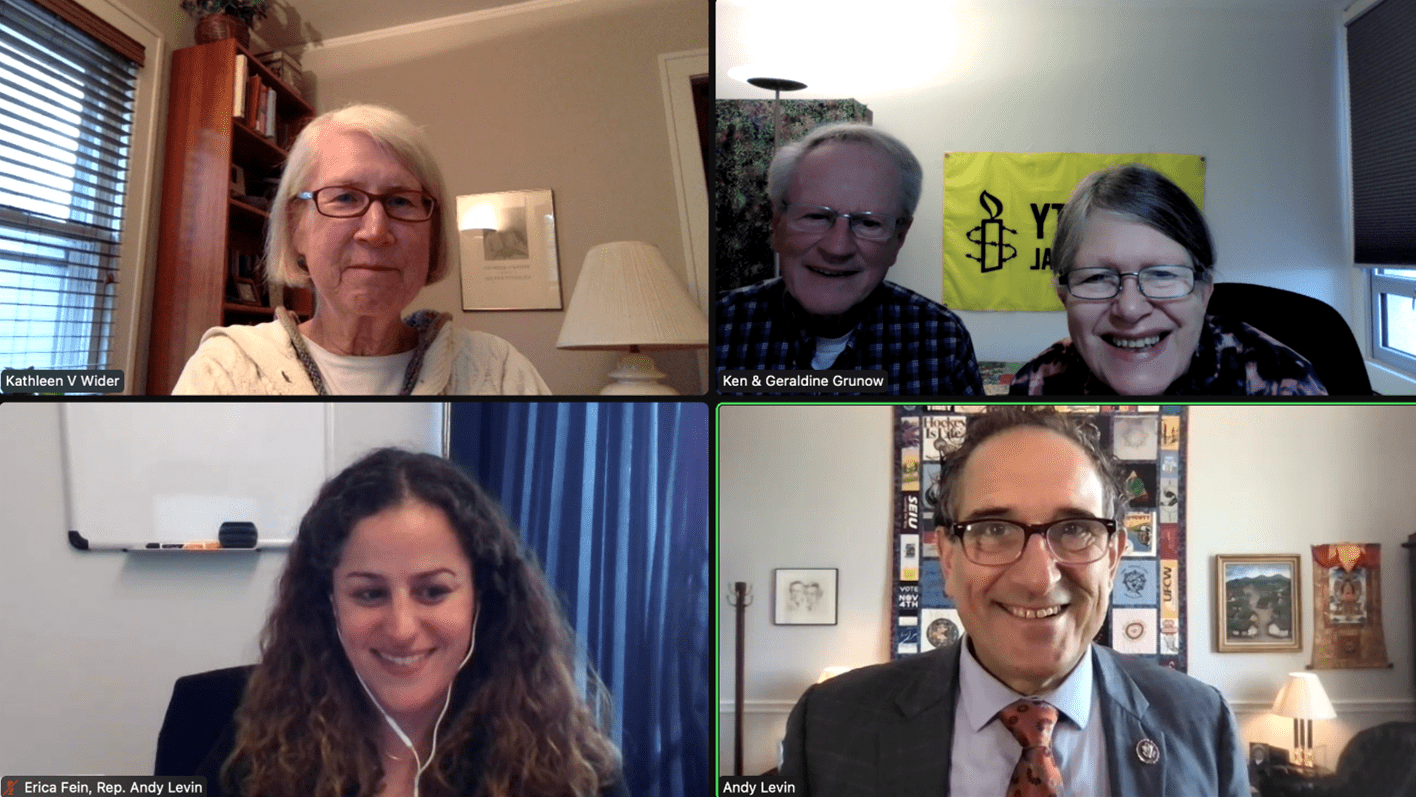