Amnesty Tech is working to answer one of the most critical questions facing the world today:

what do our BASIC HUMAN rights look like in the digital age? 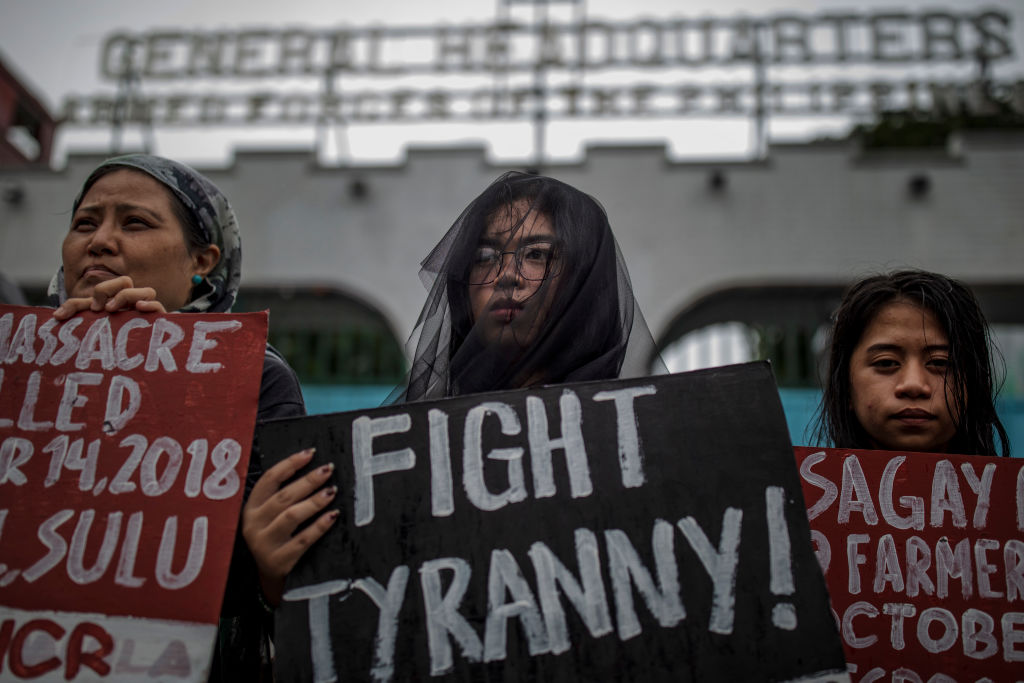 Amnesty Tech is a global collective of advocates, hackers, researchers and technologists. We aim to:

Across the world, hard won rights are being weakened and denied every day. And increasingly, much of the repression faced by human rights defenders is digital. Since 2017, Amnesty Tech’s investigations have exposed vast and well-orchestrated digital attacks against activists and journalists in countries such as Morocco, Egypt, Azerbaijan, Qatar, Mexico and Pakistan.

The Security Lab, launched in 2019 and located in Berlin, leads technical investigations into cyber-attacks against civil society and provides critical support when individuals face such attacks.  The Lab also builds tools and services to help protect human rights defenders from cyber-attacks, and conducts technical training with the wider support community to help them identify and respond to digital threats.

Our global team of technologists – including in Tunis, Dakar and Nairobi – also provide digital security training and one-on-one support to activists, as well as security audits for partner NGOs.

We also focus on the secretive surveillance tech industry, including campaigning to stop the export of tech which risks being used to target human rights activists.

In 2019, we supported a legal action against Israeli spyware firm NSO Group, whose intrusive products have been used in attacks on activists in Mexico, Saudi Arabia and UAE, including an attack against one of our own staff members.

Secure Squad is trained network of volunteers who have signed up to provide peer support on tech and security to HRDs within their own communities.

Those at the forefront of combating climate change are heavily targeted by infiltration and surveillance. We have initiated a project to provide more digital security support to environmental defenders, who remain underserved in terms of technical and security support.

Companies such as Facebook and Google have created an endless quest to drive profits through data capture, constructing a global surveillance infrastructure that goes beyond anything we have seen in history. It is clear these trends are already impacting the very core of our societies.

In the US, Cambridge Analytica misused intimate personal Facebook data to micro-target and influence swing voters in the last presidential election. Since taking power, Donald Trump has tried to harness the power of big data to bolster his own aggressive policies targeting Muslims.

In the US and Europe, the algorithms powered by Facebook and YouTube have deepened polarization and fanned hate – contributing to the rise of the far-right. In China, a sophisticated web of “dataveillance” technologies have tightened the government’s grip on social control and aided the persecution of minority groups like the Uighurs.

In 2018, Amnesty and Access Now launched the Toronto Declaration, a landmark statement on the human rights impact of machine learning systems on the right to equality and non-discrimination. It was widely endorsed by civil society, but the reception from tech companies has been decidedly cold.

In November 2019, Amnesty launched a ground-breaking report on how the surveillance-based business model of companies like Facebook and Google undermines fundamental rights, including the right to privacy and free expression. Amnesty is also looking at the human rights impact of emerging technologies such as facial recognition.

In addition, we also seek to understand and expose the impacts of dis/misinformation and online abuse, such as our Toxic Twitter campaign which used cutting edge AI/ML tools to measure the extent of violence and abuse against women on Twitter.

As part of these efforts, we identify opportunities for strategic litigation to secure accountability for human rights abuses arising from the dominance of the big tech firms and their misuse of big data and artificial intelligence.

As many countries introduce sweeping new laws to increase censorship of the internet, Amnesty Tech is at the forefront of the fightback.

For instance, when Google planned to launch a censored search app in China – codenamed Project Dragonfly – we warned it could irreparably damage internet users’ trust in the tech company while setting a dangerous precedent for tech companies enabling rights abuses by governments.

We launched a global petition calling on Google CEO Sundar Pichai to drop the app, which would blacklist search terms like “human rights” and “Tiananmen Crackdown”.

In November 2018, Google staff published an open letter in support of Amnesty International’s campaign for Google to #Drop Dragonfly.

In July 2019, Google said it had “terminated” plans to launch Project Dragonfly. We are continuing to monitor developments and have urged Google to commit to never aiding China’s large-scale censorship and surveillance.

The world’s richest governments are effectively condemning millions of people to starvation, drought and displacement through their continued support of the fossil fuel industry, Amnesty International said today. The organization’s new policy briefing offers a damning assessment of global failures to protect human rights from climate change, and outlines how human rights law can help hold governments and companies to account.

Hacking group Ocean Lotus, which has been suspected of having links with the Vietnamese government, is behind a sustained campaign of spyware attacks on the country’s human rights activists, a new investigation by Amnesty Tech reveals, underscoring an intensifying assault on freedom of expression.

NSO Group, the Israeli company marketing its technology in the fight against COVID-19, contributed to a sustained campaign by the government of Morocco to spy on Moroccan journalist Omar Radi, a new investigation by Amnesty International reveals. The organization found that Omar Radi’s phone was subjected to multiple attacks using a sophisticated new technique that silently installed NSO Group’s notorious Pegasus spyware. The attacks occurred over a period when Radi was being repeatedly harassed by the Moroccan authorities, with one attack taking place just days after NSO pledged to stop its products being used in human rights abuses and continued until at least January 2020.

Facebook and Google’s omnipresent surveillance of billions of people poses a systemic threat to human rights, Amnesty International warned in a new report as it called for a radical transformation of the tech giants’ core business model.

Twitter’s recent claim to “stand with women around the world” rings hollow in light of the multi-billion-dollar social media platform’s longstanding failure to protect women users from violence and abuse, …

DatNav: How to Navigate Digital Data in Human Rights Research

From online videos of war crimes, to satellite images of rights violations in areas as reclusive as North Korea, to eyewitness accounts disseminated on social media, we have access to more relevant data today than ever before.

Tech and Human Rights: The Good, The Bad and The Ugly

As someone whose job it is to take advantage of technological progress for human rights research and advocacy, I am a strong proponent of using new tools and methods to …

#Onlineactivism: More Than Tweets the Eye

Internet activism and physically demonstrating at a rally may be two different things, but they are both very powerful and they don’t have to be mutually exclusive.

Hacking Away at Threats

How can technology, apps and digital services make 'invisible' abuses committed against migrants visible to help save lives? Amnesty and Random Hacks of Kindness hope to find an answer.