Yang Hengjun was scheduled to stand trial in January 2021. However, the reasons of the delay have not made known to the public, and his trial has been delayed by three months. Detained for more than 24 months, Yang continues to deny all allegations of espionage and has endured countless hours of interrogations and extremely stressful conditions. With uncertainty around whether he will have regular access to consular representatives and his lawyer, there are concerns that Yang might be subjected to torture and other ill-treatment. 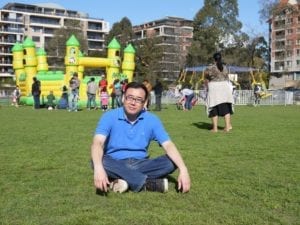 I am writing to express my concern for Australian-Chinese writer Yang Hengjun (杨恒均), who has been detained for more than 24 months without trial. Charged with “espionage”, his case was scheduled to go to trial before the Beijing Second Intermediate People’s Court in January 2021. However, it has since been delayed by three months. Similar to the charges of espionage, the reasons for the delay of the trial have not been disclosed publicly.

It is further distressing to learn that Yang will face a closed-door trial. As stated in Article 10 of Universal Declaration of Human Rights (UDHR), everyone is entitled to a fair and public hearing by an independent and impartial tribunal, in the determination of his rights and obligations and of any criminal charge against him.

Yang Hengjun was first taken into police custody at Guangzhou airport on 19 January 2019 and was detained at the Beijing State Security Bureau Detention Center where he was subjected to extensive interrogations and stressful conditions. While it is welcome news that he has now been allowed to occasionally meet with an Australian consular representative and his lawyer, I remain concerned about further delays to his trial process. It is essential that you ensure that as long as Yang Hengjun remains in detention, he is granted regular access to his defense lawyer and consular access in line with the Vienna Convention on Consular Relations.

I call on you to release Yang Hengjun immediately and unconditionally, unless there is sufficient credible and admissible evidence that he has committed an internationally recognized offense and is granted a fair trial in line with international standards; pending his release, ensure that Yang Hengjun has regular, unrestricted access to consular visits, is able to meet and communicate with family and lawyers of his choice and is not subjected to torture and other ill-treatment; and allow him prompt, regular and unrestricted access to medical care.