Jamshid Sharmahd, a 66-year-old German-Iranian political dissident, is forcibly disappeared in Iran and at grave risk of torture and other ill-treatment. Since September 2021, authorities have banned all family contact and concealed his whereabouts. He is charged with “corruption on earth” (efsad-e fel-arz) and could be sentenced to death in a grossly unfair trial before a Revolutionary Court. 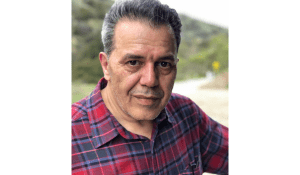 German-Iranian Jamshid Sharmahd, aged 66, has been subjected to enforced disappearance since late September 2021 and is at risk of being sentenced to death. Following his arbitrary arrest in late July 2020, he was permitted infrequent phone calls to family in the presence of intelligence agents, but since September 2021 these have been banned. He last appeared before Branch 15 of the Revolutionary Court of Tehran on March 6, 2022 to face the charge of “corruption on earth” (efsad-e fel-arz) in connection with his involvement in the Kingdom Assembly of Iran, an opposition group based outside Iran that advocates for the overthrow of the Islamic Republic. Prosecution authorities have denied Jamshid Sharmahd his right to be represented by a lawyer of his own choosing, and he has been forced to accept a lawyer from a list approved by the head of the judiciary. This lawyer was notified just 24 hours in advance of his first hearing on February 6, 2022, and has met with him only twice, thereby violating Jamshid Sharmahd’s right to adequate time and facilities to prepare a defence. The authorities are refusing to disclose his place of detention to his family or lawyer; as such, he remains outside the protection of the law and is at serious risk of torture and other ill-treatment, including denial of specialized medical care and daily medications for his serious health conditions, including diabetes, heart disease and Parkinson’s disease.

Since his arrest, state television has aired propaganda videos showing Jamshid Sharmahd “confessing” to having a role in an April 2008 explosion in Shiraz, Fars province, in which 14 people were killed, violating his right to the presumption of innocence as well as his right not to self-incriminate. Jamshid Sharmahd’s family has denied his involvement in any violent acts. Revolutionary Courts impose death sentences after unfair trials in which forced “confessions” are used as evidence to issue convictions, even when they are retracted in court and alleged to have been taken under torture, exacerbating concerns that Jamshid Sharmahd could be sentenced to death in an unfair trial. The Iranian authorities are increasingly using the death penalty as a weapon of political repression against dissidents and others, and use charges such as “corruption on earth”, which are not clearly defined in law and contravene the principle of legality, to do so. Detention based on offences that are vague or overly-broad may be arbitrary under international law.

I urge you to immediately reveal Jamshid Sharmahd’s whereabouts who, as an older person with pre-existing conditions, is at heightened risk of severe illness or death if he contracts Covid-19 in detention. In light of this and that he is subject to arbitrary detention, I call on you to release him. Pending his release, ensure that he is given regular access to family, adequate medical care, a lawyer of his choosing and consular assistance from the German authorities. I also urge you to ensure that his trial is held in accordance with international fair trial standards on clearly defined, internationally recognizable offences that are consistent with international law, and in proceedings that exclude coerced “confessions” and without recourse to the death penalty.