Lawmaker Tanya Chan has been sentenced to eight months’ imprisonment, suspended for two years, for using a loudspeaker to urge participants to join the 2014 Hong Kong pro-democracy Umbrella Movement protest. Tanya Chan is one of nine protest leaders who have been convicted of vague and ambiguous “public nuisance” related charges, four of which were sentenced to imprisonment. Their conviction and sentencing set a dangerous precedent, paving the way for the Hong Kong government to use vague and ambiguous charges for blanket prosecution and imprisonment of peaceful protesters. 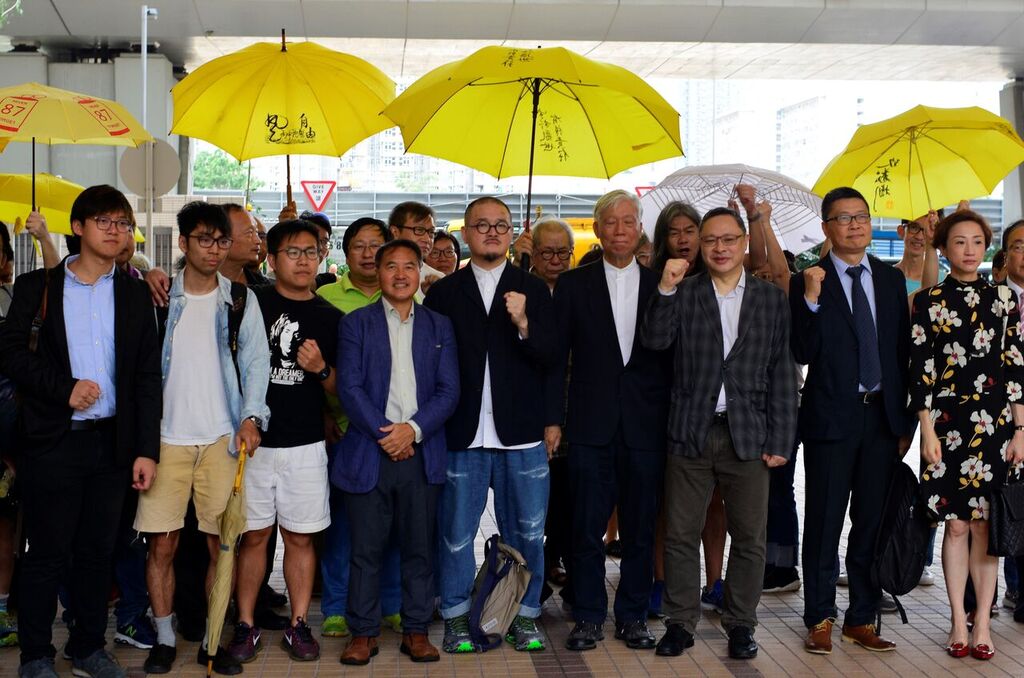 On 10 June 2019, lawmaker Tanya Chan was sentenced to eight months’ imprisonment, suspended for two years, for using a loudspeaker during the Umbrella Movement in 2014 to urge participants to join the protest. While the court handed down a suspended sentence to allow her to continue her medical treatment for a brain tumor, her conviction on criminal charges of “incitement to commit public nuisance” and “incitement to incite public nuisance”, was solely for exercising her human rights to freedom of expression and peaceful assembly.

The conviction of the nine Umbrella Movement leaders in 2019 and the imprisonment of Professor Benny Tai Yiu-ting, Professor Chan Kin-man, Raphael Wong Ho-ming and Shiu Ka-chun sets a worrying precedent that the vague and ambiguous “public nuisance” related charges could be used for blanket prosecution and imprisonment of peaceful protesters. In this case, evidence of “incitement” was very broad and included newspaper articles directed to the public at large; press conference statements and media interviews that happened months before the protests; and videos taken by the police of protest leaders using loudspeakers to urge participants to invite others to join the protests.

The nine have appealed against the convictions and the four imprisoned have sought review on the sentencing.

I call on you to ensure that the convictions of the nine Umbrella Movement leaders are overturned without delay, and the four imprisoned leaders, who are prisoners of conscience, imprisoned solely for peacefully advocating for democracy in Hong Kong, are released immediately and unconditionally.