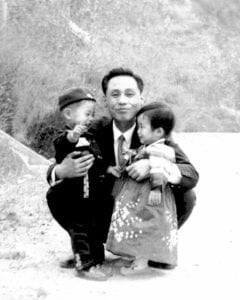 I am saddened to learn that Hwang Won, a former TV producer, has not returned for almost 50 years since 11 December 1969, when the airplane he was travelling on from the South Korean city of Gangneung to Seoul was hijacked to North Korea. While 39 passengers returned to South Korea in February 1970, 11 people, including Hwang Won, continued to be held in North Korea.

Hwang Won is among hundreds of individuals who have vanished in connection with illegal operations of North Korean agents after the Korean War. Despite repeated requests from his son Hwang In-cheol, the North Korean authorities have refused to confirm the whereabouts of Hwang Won, or whether he is alive or dead. Through piecing together limited information provided in recent years by a broker who took people out of North Korea, Hwang In-cheol has strong reasons to believe that his father is still alive.

If indeed he is alive, Hwang Won will turn 82 years old this year. Time is running out for him to be reunited with his family in South Korea. With the visit to Seoul of North Korean leader Kim Jong-un approaching, I ask you to help end the enforced disappearances in North Korea of Hwang Won and all other persons of South Korean origin, which constitutes ill-treatment of both the disappeared and their families.

I urge you to ask Kim Jong-un or relevant North Korean authorities to immediately investigate the cases of Hwang Won who may have been held in North Korea against their will and provide accurate information regarding their fate without further delay; and respect the right of these individuals to return to South Korea, if it is their preference to do so. I also urge you to promptly initiate a review of the procedures concerning inter-Korean family reunions, so that the families of Hwang Won and others separated due to enforced disappearance are differentiated from other eligible candidates for reunion and are dealt with through effective measures that will help them find truth and redress.