More than 70,000 Indigenous Maasai people are at risk of being evicted from their ancestral grazing lands to make way for a tourism operation after a paramilitary group arrived on June 7, 2022, in the Maasai town of Loliondo, in Arusha Region of Northern Tanzania, to implement the authorities’ plans to seize the ancestral and registered land of the Maasai people. On June 9, 2022, community members began to protest the demarcation but were met with force by security officers, who used tear gas and firearms against the protestors. 25 community members were arrested and have since been charged with conspiracy to commit the murder of a police officer. The authorities must end the security operation in Loliondo, immediately release the arrested persons and suspend any ongoing land acquisition plans. 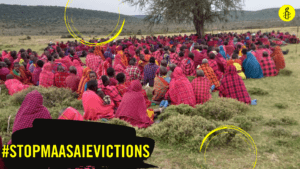 I am writing to express my concern about the ongoing security operation in the town of Loliondo, in the Arusha Region of Northern Tanzania, and the arbitrary arrests and detention of 25 members of the Maasai community for exercising their rights to freedom of expression and peaceful assembly.

On June 7, 2022, a security operation consisting of around 700 people, mostly police, park rangers, military and other security forces, arrived at Loliondo to implement the authorities’ plans to seize 1500 kilometres squared of the communal land of the Maasai people. On June 9, 2022, soldiers used force to disperse community members in four villages (Ololosokwan, Oloirien, Kirtalo and Arash) who had gathered to protest the demarcation exercise by removing the beacons that the security had placed marking the boundaries of the land that the Maasai lay claim to. According to two eyewitnesses, security forces started shooting at the protesters with firearms and also used tear gas. Many sustained injuries, some bullet wounds.

Before the day of the protest, around 20 members of the Maasai community, some village elders, were arbitrarily arrested; 10 of them as they were meeting to discuss state plans to demarcate the parcel of land. On June 16, 2022, they were falsely charged with the murder of a policeman. They were arrested even before the policeman was killed. The statement of offence has since been amended four times to be conspiracy to murder, while also adding five persons to the list of accused persons.

The demarcation of the Maasai’s land happened contrary to the court orders by the East African Court of Justice. Furthermore, eviction from their ancestral lands in the absence of their free prior and informed consent will violate their human rights and will take away their livelihoods and impact their traditional way of life. Police force caused serious injury and risked the lives of the Maasai community members.

I urge you to suspend the proposals for the development of the Maasai lands until the Maasai community has given their free, prior, and informed consent through a meaningful consultation process and to ensure an effective investigation into the use of force against protesters. I also call on you to order the immediate release of 25 Maasai community members detained for their peaceful participation in the anti-eviction protests and drop the charges against them.