Mohamed Benhlima is an activist, former military official and whistle-blower who exposed the corruption of high-ranking Algerian military officials online. He sought asylum in Spain but the Spanish authorities refouled him to Algeria in March without due process or evaluation of his asylum claim. The Algerian authorities imprisoned him in El Harrash prison in Algiers before moving him to El-Blida military prison where he is awaiting completion of investigations and trial on several cases before the military and civil courts. He was sentenced to death in absentia, while still an asylum seeker in Spain, on charges of espionage and desertion. 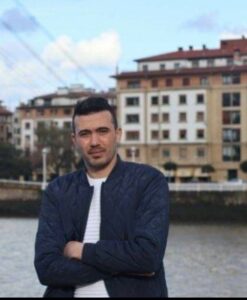 We are appalled at the news of the death sentence pronounced against activist, former military official and whistleblower Mohamed Benhlima by a military court on charges of espionage and desertion. Mohamed Benhlima was not informed of this sentence until 8 May, almost two months after his refoulement to Algeria on March 24, 2022. According to information that Amnesty International has obtained, upon arrival in Algeria, the security forces physically assaulted Mohamed Benhlima. He was initially placed in El Harrash prison, in Algiers, in the same wing as Hirak detainees, and later transferred to the military prison of El-Blida where he is awaiting completion of investigations and trial on several cases before the military and civil courts.

The Spanish authorities refouled Mohamed Benhlima to Algeria without a full evaluation of his asylum claim and in violation of his due process rights in a blatant violation of its international obligations on non-refoulement. The Spanish authorities ignored international outcry for the safety of Mohamed Benhlima, including a UN High Commissioner for Refugees’ (UNHCR) report to the Spanish government stating that his asylum request should be studied thoroughly in a regular procedure and not rejected expediently, arguing that the risk of torture was credible, and that Algeria’s criminalisation of peaceful opposition was internationally recognised.

Mohamed Benhlima was sentenced in absentia in two other cases to a total of 20 years in prison on charges including “participation in a terrorist group” (Article 87bis 3 of the Penal Code) and “publishing fake news undermining national unity” (Art.196 bis), two articles that are widely instrumentalised by the authorities to criminalise peaceful expression. A lawyer who appeared in a video published on Facebook, along with Mohamed Benhlima’s mother on May 12, 2022, and who held the authorities responsible for defaming Mohamed Benhlima through a video that they aired on public television channels, was arrested the night of May 13, 2022.

I urge you to ensure the release of Mohamed Benhlima, end his prosecution under charges stemming from his criticism of Algerian authorities and exercise of his rights to free speech and assembly, and quash the death sentence against him. Pending his release, I urge you to ensure that he is held in conditions meeting international standards and protected from torture and other ill-treatment. Finally, I urge you to continue to grant him the right to regularly communicate with his family and lawyers and refrain from any form of intimidation against his defence team.