On August 4, 2021, Ali Maziad, a Lebanese national residing in Saudi Arabia, was abducted from his house in the capital, Riyadh by a group of men in civilian clothes. The Lebanese Embassy informed his family three months after his disappearance that he is being detained by State Security. Since then, he has been forcibly disappeared and his family has no information about his fate and whereabouts. Amnesty International urges the Saudi Arabian authorities to immediately disclose the fate and whereabouts of Ali Maziad, release him and ensure he has access to medical treatment and legal representation. 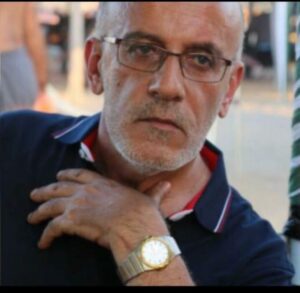 On August 4, 2021, Ali Maziad, a 58-year-old Lebanese Shia Muslim man, was abducted from his house in the Saudi capital, Riyadh by a group of seven men in civilian clothes. His fate and whereabouts have been unknown since then.

Ali Maziad’s family told Amnesty International that they immediately contacted several police stations and government agencies in Saudi Arabia to seek information about his fate and whereabouts, but the authorities provided no information to the family. In November 2021, over three months after Ali Maziad’s disappearance, the Lebanese Embassy in Riyadh informed the family that he was being detained by Saudi Arabia’s State Security without having any further information. “We don’t even know if he is alive. We haven’t had any contact with him since they [group of men] took him away,” Ali Maziad’s relative told Amnesty International.

Ali Maziad has been living and working in Saudi Arabia intermittently since 2004. According to his family, he takes medications to treat several health illnesses. Ali Maziad’s relative told Amnesty International: “His cancer recurrence requires proper health care and follow up. He also has diabetes, irregular heartbeats, and glaucoma—all of which requires medication.”

I urge you to immediately disclose the fate and whereabouts of Ali Maziad and release him. In the meantime, I call on you to ensure that he has adequate access to health care, a lawyer of his choice and regular contact with his family.