An Iranian gender nonconforming human rights defender Zahra Sedighi-Hamadani, known as Sareh, has been arbitrarily detained in Urumieh, West Azerbaijan province, since October 27, 2021 due to her real or perceived sexual orientation and gender identity as well as her social media posts and statements in defense of LGBTI rights. Authorities have ill-treated her and threatened to convict her of “spreading corruption on earth”, which carries the death penalty. 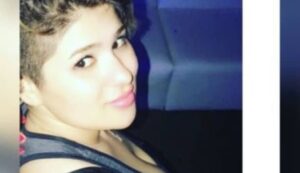 Gender nonconforming human rights defender Zahra Sedighi-Hamadani, known as Sareh, is arbitrarily detained in the central prison in Urumieh solely in connection with her real or perceived sexual orientation and gender identity as well as her social media posts and statements in defense of the rights of lesbian, gay, bisexual, transgender and intersex (LGBTI) people. The Revolutionary Guards arrested her on October 27, 2021 near the Iranian border with Turkey while she was attempting to irregularly enter Turkey to seek international protection. Following her arrest, she was forcibly disappeared for 53 days. It subsequently transpired that the Revolutionary Guards held her in solitary confinement in a detention centre in Urumieh. During this period, she says a Revolutionary Guard agent subjected her to intense interrogations accompanied by verbal abuse and insults directed at her identity and appearance and threatened to execute or otherwise harm her and take away the custody of her two young children. These acts violate the absolute prohibition on torture and other ill-treatment.

I ask you to immediately and unconditionally release Zahra Sedighi-Hamadani as she is detained solely based on discriminatory reasons related to her real or perceived sexual orientation or gender identity and for the peaceful exercise of her human rights including rights to privacy and freedom of expression and association. Pending her release, ensure that she is given regular access to a lawyer of her choosing and family and that the allegations involving her subjection to enforced disappearance, torture and other ill-treatment are investigated and those responsible are held to account in fair trials. I further urge you to repeal laws which criminalize consensual same-sex sexual conduct and which ban clothing and other forms of gender expression that do not conform to strict binary gender “norms”, and to adopt legislation to protect LGBTI people from discrimination, violence and other human rights violations.