Mustafa al-Darwish, a young Saudi Arabian man, is at high risk of being executed imminently after his case was referred to the Presidency of State Security and his death sentence upheld by the Supreme Court. Mustafa Al-Darwish was arrested in 2015 for allegedly participating in anti-government riots in the Shi’a majority Eastern Province. According to court documents, he was subjected to prolonged pre-trial detention, torture and grossly unfair trial. Amnesty International urges King Salman not to ratify the death sentence and order the relevant judicial bodies to quash his conviction and re-try him in line with international fair trial standards. 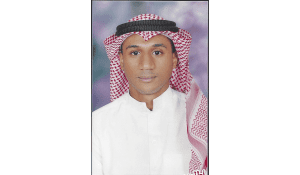 In the last week of May 2021, Mustafa al-Darwish’s case was referred to the Presidency of State Security. In the absence of transparent information around judicial processes, it is Amnesty International’s assessment that this referral could signal his imminent execution as soon as Your Majesty ratifies the death sentence. On May 25, 2015, Mustafa al-Darwish (born in 1994), was arrested by security forces and detained for two years in al-Mabahith prison in Dammam, the capital city of the Eastern Province in Saudi Arabia, before he was brought to trial. During his detention, he was placed in solitary confinement and incommunicado for the first six months of his detention, with no access to legal counsel until the beginning of his trial – all serious violations of his procedural rights and right to a fair trial, which have marred his trial leading to a death sentence.

On March 28, 2018, the Specialized Criminal Court sentenced Mustafa al-Darwish to death over charges relating to his participation in protests, including “participation in armed rebellion against the rulers, blocking roads and sowing discord” and “seeking to disrupt national cohesion through his participation in more than 10 riots”. According to court documents, the aforementioned charges against Mustafa al-Darwish were based on his “confessions” or signed statement that he had participated in over 10 riots between 2011 and 2012, photos of him shooting at security patrols and a technical report of his phone which allegedly contained photos offensive to security officials. However, given that the official charge sheet doesn’t specify the exact months of the alleged crimes, Mustafa al-Darwish could have been 17 or 18 at the time of his alleged participation in riots – therefore making it unclear as to whether Mustafa al-Darwish’s case should be revised under the new juvenile law. Moreover, the “evidence” on which the death sentence is based had resulted from a seriously flawed due process which involved subjecting Mustafa al-Darwish to prolonged pre-trial detention for over two years, and according to his testimony to the judge, obtaining confessions from him under torture.

I urge you not to ratify the execution of Mustafa al-Darwish, and to quash his conviction, given the grave concerns about the fairness of his trial, and order a re-trial in line with international fair trial standards, without recourse to the death penalty. Furthermore, I call on you to order a prompt, impartial, independent and effective investigation into the allegations of torture and ill treatment and to immediately establish an official moratorium on executions with a view to abolishing the death penalty in Saudi Arabia.