Wanchalearm Satsaksit, a Thai activist in exile, was reportedly abducted by unknown persons from outside his apartment building in Phnom Penh, Cambodia. A known dissident in Thailand, who often exercised his right to freedom of expression online in exile, Thai authorities issued a warrant for his arrest in 2018. Wanchalearm Satsaksit is among nine Thai activists who sought exile in neighboring countries, that have gone missing in recent years. Two of them are confirmed to have been killed. Cambodian authorities must thoroughly and effectively investigate his disappearance and seek to establish his whereabouts, as provided by the International Convention for the Protection of All Persons from Enforced Disappearance. 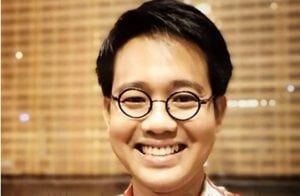 I am writing to express my grave concern about reports that Wanchalearm Satsaksit, a 37-year old Thai activist, has gone missing in Phnom Penh. A family member reported Wanchalearm Satsaksit’s abduction on 4 June, after speaking to him on the phone around 4:30 pm that day. During the call, Wanchalearm left his apartment to purchase food. However, according to the relative, their conversation ended abruptly with Wanchalearm saying that he was choking and could not breathe. According to reports, CCTV footage from Wanchalearm’s apartment block apparently show a black Toyota Highlander SUV departing from outside the condominium. His whereabouts remain unknown.

Thai authorities have filed charges against him on account of his peaceful exercise of the right to freedom of expression while in exile, most recently in 2018 under the Computer Crime Act and Article 116 of the Penal Code governing sedition, alleging that he had posted anti-government material on a Facebook group called “I will certainly receive 100 million from Thaksin.” Thai authorities have allegedly requested his extradition from Cambodia in the past.

I therefore urge you to ensure that an effective, urgent, thorough and transparent investigation into Wanchalearm’s alleged abduction is carried out and that his family is informed of all efforts to determine his whereabouts; bring any person suspected of criminal responsibility to justice in a fair trial before a civilian court and without recourse to death penalty; and as provided by the International Convention for the Protection of All Persons from Enforced Disappearance, to which Cambodia is a state party, not return Wanchalearm to Thailand, in line with your obligations not to engage in the forcible return of individuals to places where they would be at risk of human rights violations.