Massud Mossaheb, a 73-year-old Austrian-Iranian dual national, is serving a 10-year prison term imposed after a grossly unfair trial for vague national security offenses. He is being held in Tehran’s Evin prison and has serious medical conditions, including heart failure and diabetes. He is at heightened risk of severe illness or death if he contracts COVID-19. 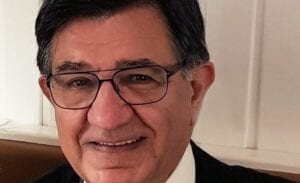 The health of Massud Mossaheb, a 73-year-old Austrian-Iranian dual national arbitrarily detained in Tehran’s Evin prison, is declining and his life may be at risk. He has serious medical conditions, including heart and kidney failure, diabetes and high blood pressure, for which he needs ongoing specialist medical care and daily access to medication. According to informed sources, the authorities have refused to transfer him to a heart specialist outside prison despite recommendations by a prison doctor. The spread of COVID-19 in Iran’s prisons puts him at heightened risk of severe illness or death.

Massud Mossaheb was arrested in Tehran on 29 January 2019 by plain clothes ministry of intelligence agents. According to informed sources, they held him in a hotel room for three days, where they subjected him to torture through sleep deprivation, interrogated him without a lawyer present, and coerced him into signing two documents by falsely promising to release him and allow him to return to Austria. They then transferred him to Section 209 of Evin prison where, according to informed sources, he was tortured. On three separate occasions between 31 July and 7 August 2019, he was removed from prison, taken to the same hotel in which he was held after arrest and forced to read pre-written incriminating “confessions” on camera. He was denied access to a lawyer during the investigation phase and his chosen lawyer was rejected by the presiding judge in Branch 15 of the Revolutionary Court in Tehran who, instead, appointed one from a state-approved list. The first time he had access to his state-appointed lawyer was on 2 October 2019. On 27 April 2020, he was convicted of “espionage for Germany”, “collaborating with a hostile government”, in reference to Israel, and “receiving illicit funds” from both governments. He was sentenced to 22 years in prison. He has denied all charges. His trial was grossly unfair, with the court relying on torture-tainted “confessions”, which he retracted in court and told the judge he had made under torture. His sentence was upheld without an appeal hearing. Under Iran’s sentencing guidelines, he will be required to serve 10 years. On 13 August 2020, state media broadcast his forced “confessions” in a propaganda video.

I ask you to quash Massud Mossaheb’s conviction and sentence and release him unless he is charged with an internationally recognizable offense and tried in accordance with international fair trial standards. I further call on you to urgently release him on medical grounds because, as an older person with pre-existing medical conditions, he is at heightened risk of severe illness or death if he contracts COVID-19 in prison.