On August, 25th 2018, police in Istanbul used tear gas and water cannons to disperse a peaceful gathering of hundreds of people including relatives of victims of enforced disappearances, some of whom in their 80s, known as ‘Saturday Mothers/People’. The Mothers, other relatives and their supporters have been holding a peaceful weekly vigil on Istanbul’s Galatasaray Square, protesting the enforced disappearance of their loved ones and demanding justice since 1995. This was their 700th vigil. Dozens were detained on the day, 46 people including some of the relatives were unjustly indicted for attending an ‘unlawful protest’ under the Law on Meetings and Demonstrations. Their unfair, baseless trial is ongoing as is the ban on Galatasaray Square which has been surrounded by police barriers and occupied by riot police ever since.

As the longest ongoing peaceful protest in Turkey, it is emblematic of the severe and unlawful restrictions on the exercise of the right to peaceful assembly in the country. 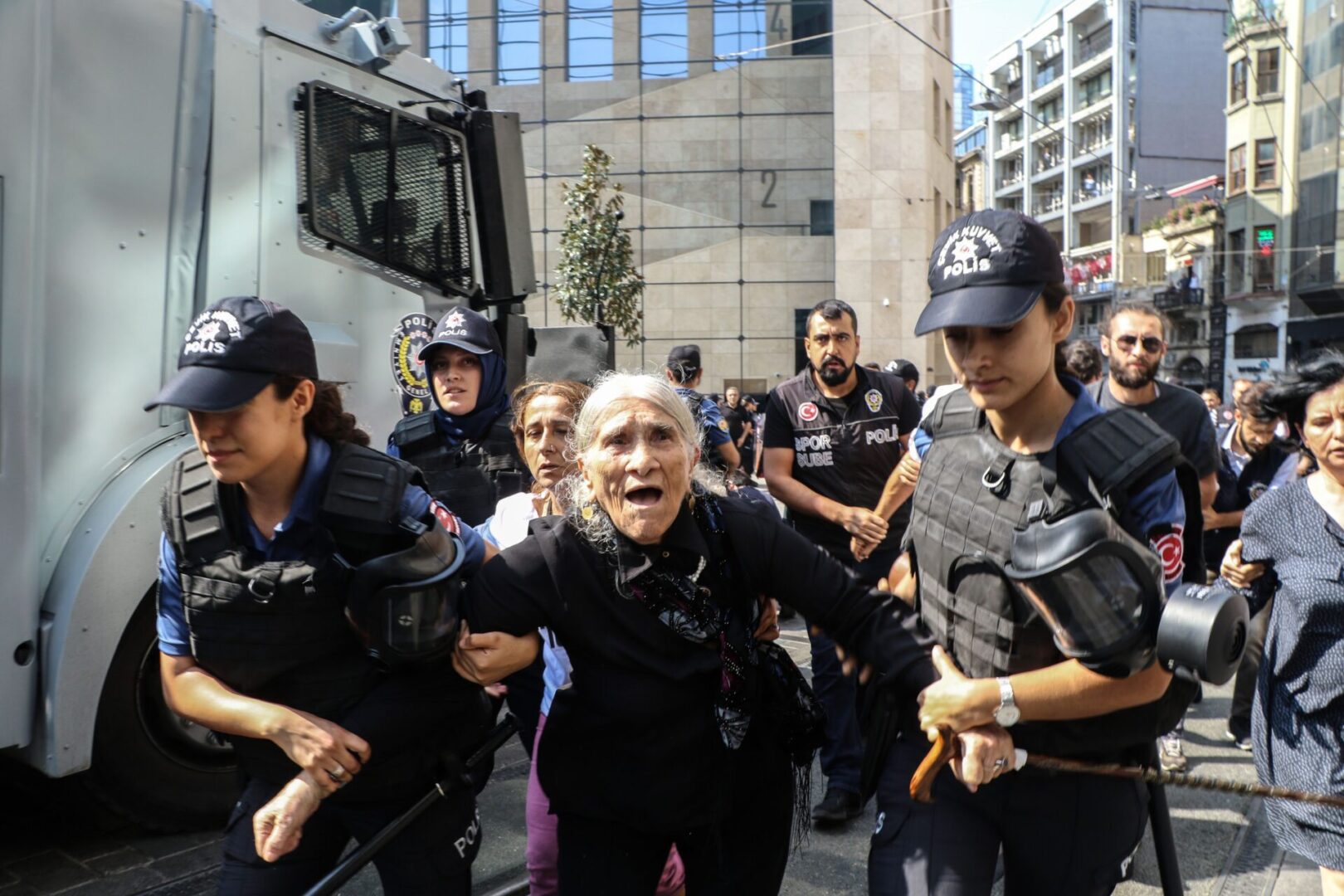 Governments are using the securitization of protest as a tactic for retaining and developing political advantage and remaining in power. This affects particularly already traditionally marginalized groups. Protest must be facilitated. Police are required to display a facilitating attitude in their appearance equipment and communication. Jailing protesters and organizers is a tactic of governments who are afraid of people’s power, intended to silence dissent and instill fear in the population to deter them from joining further protests. DOWNLOAD THE SAMPLE LETTER