“The death of Yuri Orlov is a genuine loss not only for Russia but the entire world, and all those who stand for justice and human rights. A true icon to many, he helped create the Moscow branch of Amnesty International and later founded the Moscow Helsinki Group to help monitor whether the actions of Soviet leaders were in compliance with the Helsinki Accords to respect human rights and fundamental freedoms. In honor of his lifetime commitment to freedom for all, he was the first recipient of the Andrei Sakharov Prize, recognizing outstanding leadership and/or achievements of scientists in upholding human rights. 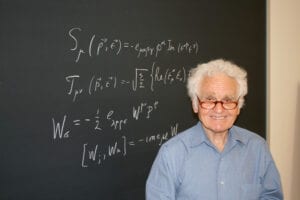 “An accomplished nuclear physicist who taught at Cornell University, many respected and loved Yuri Orlov for the incredible courage and bravery he displayed in the face of authoritarianism. He never once wavered in his values and dedication to justice. Even in darker Soviet moments, Orlov held steadfast to the idea that all people stand equal to each other in dignity and rights.

“As an early supporter of Mikhail Gorbachev’s reforms of glasnost, perestroika, and new thinking in international relations, Orlov received his first visa to return to the Soviet Union in June 1989.

“Orlov’s courage and audacity to stand for what’s right is important now more than ever as the concerned activists in the United States and other parts of the world are staring down and fighting against grave human rights violations.

May Orlov’s memory keep us steadfast in our work to continue the fight for justice, and may we remember that we all stand on the shoulders of this giant.”